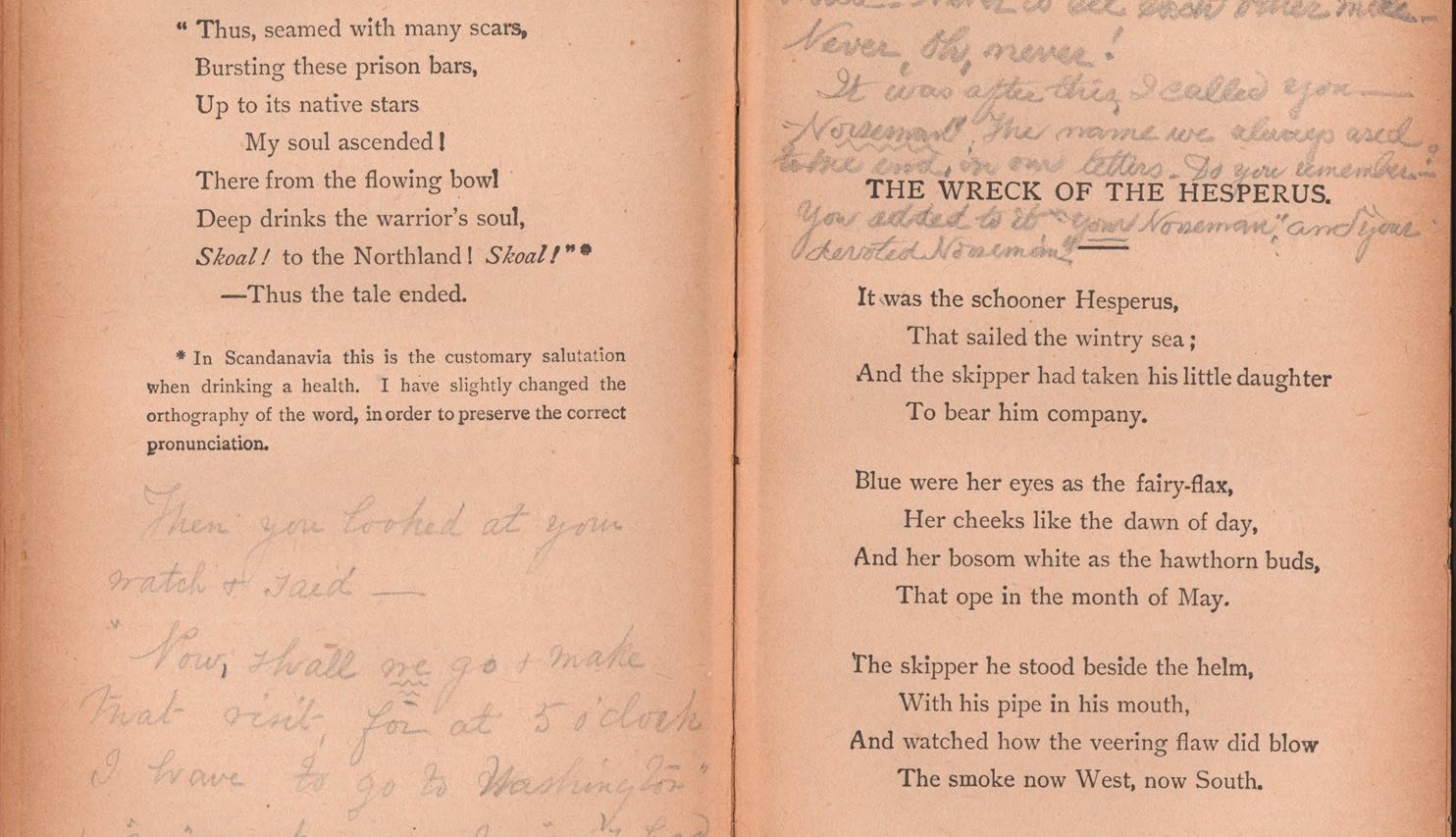 I can’t count the number of times over the years I have shaken my fist — usually metaphorically — at people who write in library books. But in this matter as in so many others time alters one’s perspective. Book Traces is a fascinating project devoted to collecting the writing people have done in old books — especially writing that tells a story, like the image above, from a copy of Longfellow’s poems. In this case the book was first privately owned and ultimately acquired by the University of Virginia’s Alderman Library, but the project is open to submissions of all kinds of annotations.

As I look at the images on the Book Traces site, I find myself thinking of one of the greatest books of the early Middle Ages, or indeed of any other time, the Lindisfarne Gospels. This book was made around the end of the seventh century, and features, in addition to its famously beautiful illuminations, a skillfully-copied and -presented Vulgate text of all four Gospels. But in the 10th century, someone decided to write in the book: 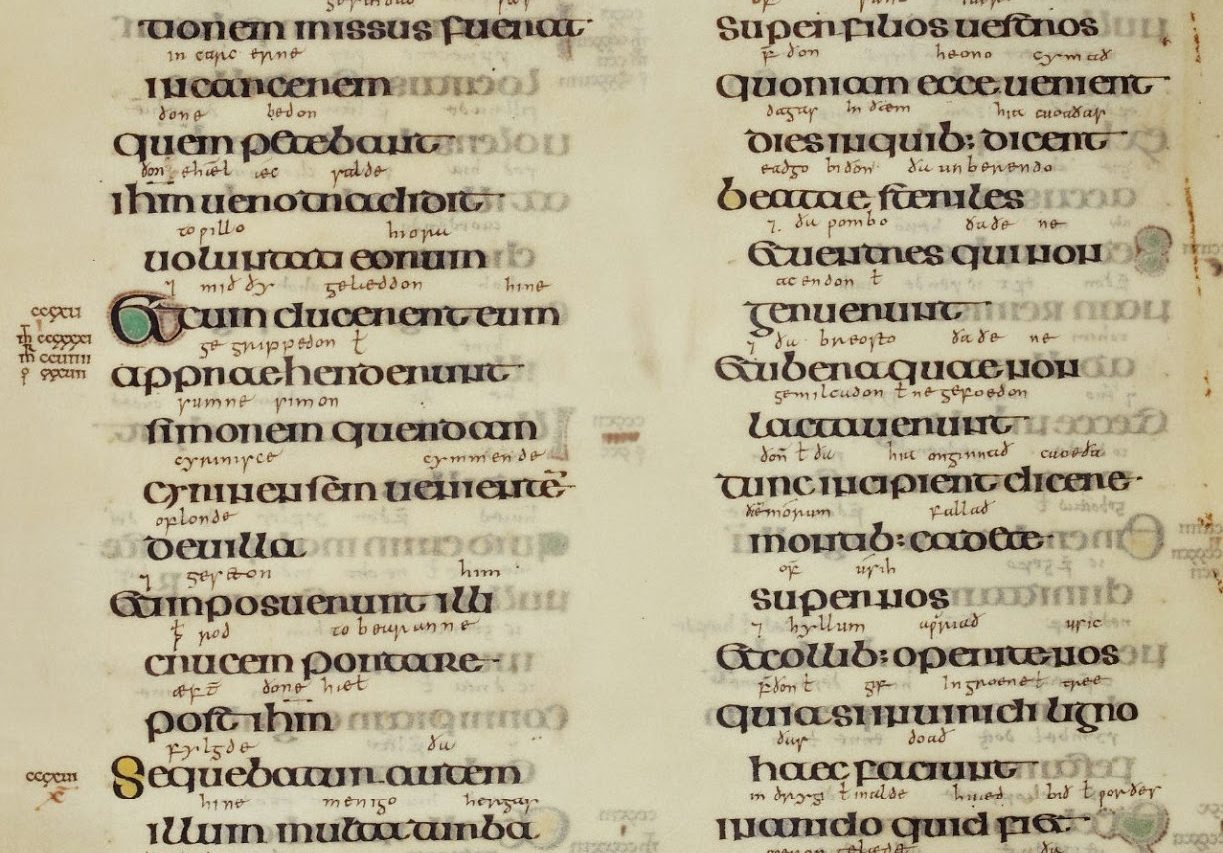 The small red words you see between the lines of the Latin text are an Anglo-Saxon translation of the Vulgate text made by Aldred the Scribe. “An act of vandalism!” you might say. Well, perhaps; but as Janet Backhouse points out in her fine account of the book’s origin and history, this is the “earliest version of the gospels in any form of the English language.” Moreover, she continues, when the book was seized from Durham Cathedral during Henry VIII’s despoiling of English monasteries in the sixteenth century, the antiquarian interest of the Anglo-Saxon text may well have saved this great masterpiece from destruction.

Books are immensely complex objects, then, and there are a thousand reasons to be interested in them. One of the most beautiful pigments used in the illuminations of the Lindisfarne Gospels is an ultramarine blue derived from lapis lazuli, which in the early Middle Ages had a single point of origin: Badakshan. How that pigment made its way to Northumbria no one has the first idea, but its presence tells us something about the intricacy of international trading routes even in the so-called Dark Ages. (Compare the Helgö Buddha.)

As layers of history accrete, meanings and values do too. And this is especially true with all textual objects. So those books “vandalized” by people writing in them, those crumpled sheets of newspaper used as makeshift insulation in a wall, even those old cans of motor oil with their curious labels — be careful before you throw them away. Someone is sure to find them fascinating.

2 thoughts on “vandalism and value”