“The New Atlantis is a unique and truly remarkable journal, combining scientific sophistication, philosophical depth, humane sensibility, moral integrity, and practical wisdom. It is the only magazine in America — maybe in the world — to combine a serious philosophical study of the nature of technology and its relation to human affairs with clear and powerful analysis of issues ranging from artificial intelligence to neuroscience to embryo research, stem cell research, and cloning. This is a journal that is both sharp and prudent about contemporary things and deep in its searching for the underpinnings. The New Atlantis is indispensable reading for anyone who wants to understand the promise and peril of modern science and technology and their meaning for our humanity.”

— Leon R. Kass, M.D., Addie Clark Harding Professor Emeritus in the Committee on Social Thought and the College at the University of Chicago; author of Leading a Worthy Life and Toward a More Natural Science

“A hundred years from now, when historians look back at this century, they’ll conclude that the story of our age wasn’t politics or war. It was the transformation of humanity and society by revolutionary advances in science and technology. And they’ll be amazed that the only journal dedicated to understanding that transformation was The New Atlantis.”

“Scientism is perhaps the reigning ideology of our age. I can’t think of another journal that does more to illuminate the moral and ethical dimensions of science and technology than does The New Atlantis. In an era in which science and technology promise — or rather, threaten — to change the very essence of what it means to be human, a magazine as intelligently written and edited as The New Atlantis is not only vital, but even prophetic.”

— Rod Dreher, author of The Benedict Option and Live Not By Lies

The work of The New Atlantis “is so critically important. Technology may yet triumph over humanity” but the journal’s editors are “determined to put into place at least the intellectual foundations that will enable us to truly make technology our servant and not our master.”

“Many of the great challenges of our time can be found at the intersections of social change and technological advance. The New Atlantis explores these intersections in a manner that somehow manages to be accessible, smart, provocative, original, challenging, and courageous all at once. It is a unique and essential resource for our times.”

— Daniel Sarewitz, Professor of Science and Society and co-founder and co-director of the Consortium for Science, Policy and Outcomes (CSPO), Arizona State University; editor of Issues in Science and Technology; co-author of The Techno-Human Condition

“The New Atlantis is a treasure. Whether it’s Ari Schulman on GPS navigation, Christine Rosen on electronic books, or Matthew Crawford on craftsmanship, the journal reliably delivers fresh perspectives in crisp prose. Best of all, it manages to subject enthusiasm to skepticism without ever falling victim to cynicism or crabbiness.”

— Nicholas G. Carr, author of The Glass Cage and Utopia Is Creepy

The New Atlantis has helped to show that defining the “boundaries of science cannot be entrusted to scientists. There are deep moral, theological traditions which ought to inform this ‘brave new world’ that we have wrought in biotechnology.” The work of The New Atlantis “shows how to talk about these issues in deeply ethical, moral, and — when necessary — theological terms.”

“In ever-illuminating ways, The New Atlantis shows that when it comes to social policymaking, scientific data are the beginning, but not necessarily the end of wisdom.”

“The New Atlantis is the best conservative publication in America, and it deserves to be better known.” It is an example of “the best journalism, qua writing.”

“We’re no closer to utopia today than we were at the time of Bacon’s ‘New Atlantis,’ but today’s New Atlantis is likewise an island of serious sense in a shallow sea of conventional confusion.”

— Steven F. Hayward, author of The Politically Incorrect Guide to the Presidents

“If I could only subscribe to three magazines, The New Atlantis would be the first on my list. And if you aren’t already subscribing, you should be. Don’t deny yourself the pleasure.”

— Jonathan V. Last, editor, The Bulwark; author of What to Expect When No One’s Expecting

“If you want to understand technology, politics, and the American future, read this magazine. The New Atlantis is genuinely thoughtful and extremely lively — a rare combination on a crucially important set of issues.”

“As British newspapers struggle to turn themselves into one gigantic iPod, it is consoling to note that, at the high end, the Americans are keeping the faith by continuing to do the best journals and serious magazines in the business. I’ve just been sent another — The New Atlantis — which, as usual, grips and informs more effectively than anything similar over here [in the United Kingdom].”

— Bryan Appleyard, writer, The Sunday Times; author of Understanding the Present: Science and the Soul of Modern Man and The Brain Is Wider Than the Sky

“As good a publication as there is for the intelligent exploration of questions in bioethics and projections — promising, ominous, and fantastical — about the human future.”

The New Atlantis has a “densely fortified style of reporting and argumentation that puts to shame mainstream journalism’s call-and-quote product.”

— David Skinner, editor of Humanities magazine; author of The Story of Ain’t

The kinds of questions that Christine Rosen raises in her New Atlantis essays “are exactly right for parents, pastors, and teachers who care about healthy cultural lives for themselves, for those under their care, and for society at large…. Rosen has a perceptive sense of how technologies are never simply tools, serving also as talismans, metaphors, and templates for living.”

“The New Atlantis, a magazine of common sense”

“The New Atlantis examines our new world, reminding us that we are touched and transformed by the tools of our own invention — either because we use them or alter our lives so we won’t have to use them. It honors technology but also calls us to humility and reminds us that technology is a great temptation to abuse.”

“fresh ideas on the Right,” “rallying to the defense of human nature”

— Joel Garreau, author of Radical Evolution: The Promise and Peril of Enhancing Our Minds, Our Bodies — and What It Means to Be Human

“unbelievably thoughtful…. This has stayed with me all week….” 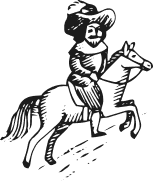