Our aim is a culture in which science and technology
work for, not on, human beings. 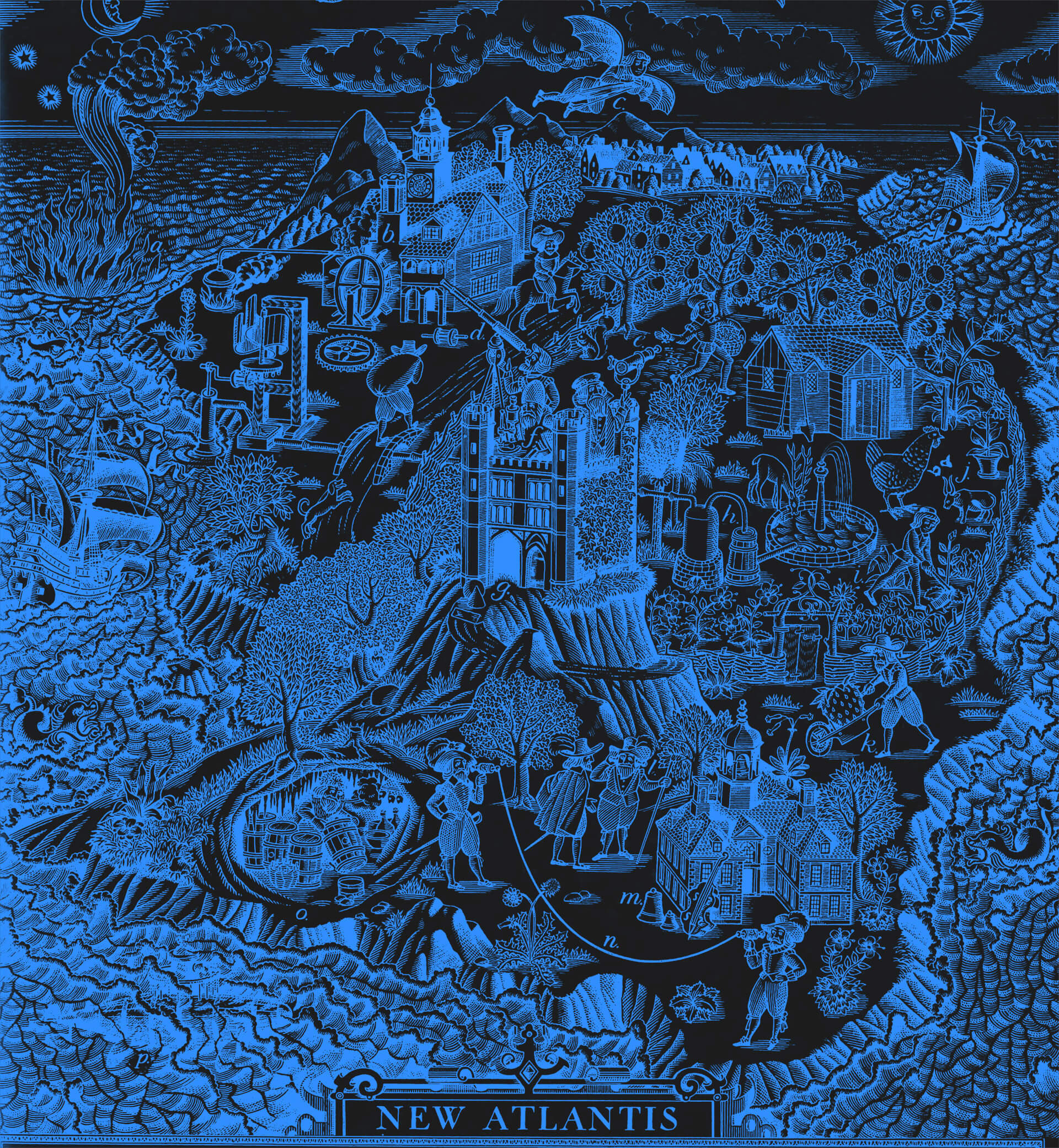 Our culture finds itself in a moment in which the term “science and technology” has become fraught. Dreams of limitless progress now seem to be giving way to nightmares. Our talk of “tech” is split between visions of boundless transformation and dread that we will become manipulated, oppressed, obsolete, addicted, or simply miserable. “Science” seems to be falling from its lofty state, becoming mixed up, like so much else, in our political squabbles. We treat it as a referee who is unimpeachable when he favors my team, rigging the game when he favors yours.
The purpose of The New Atlantis is to offer clarity and guidance at a moment when we seem to be losing confidence in one of the pillars of modern civilization. It is our hope to help us all — as citizens, scientists, policymakers, and human beings — to deal more wisely and more creatively with both the burdens and the blessings of modern science and technology.
Yet if our moment is a difficult one, there is also something telling in our sense of shock at it — as if we were experiencing a sudden departure from the arc of history. And so we must recognize that it is the rule rather than the exception in human affairs that grandiose expectations will be frustrated and grand projects not turn out as their planners intended.
The ideal of science as an oracle in political disputes has placed a weight upon it that it cannot bear. The dream that scientific progress could, in effect, solve the human condition has warped our aspirations, making perennial problems seem like novel catastrophes. New technologies that promised disruption have delivered only too well.
Dystopian dread is the shadow of utopian dreams. The hope of The New Atlantis is to help steer away from both — and instead toward a culture in which science and technology work for, not on, human beings.

A culture in which science and technology work for human beings is one that:

New Atlantis was the title Francis Bacon selected for his speculative story of a society living with the benefits and challenges of advanced science and technology. Bacon, a founder and champion of modern science, sought not only to highlight the potential of technology to improve human life, but also to foresee some of the social, moral, and political difficulties that confront a society shaped by the great scientific enterprise.
Published in 1627, his book offers no obvious answers; perhaps it seduces more than it warns. But the tale also hints at some of the dilemmas that arise with the ability to remake and reconfigure the natural world: governing science, so that it might flourish freely without destroying or dehumanizing us, and understanding the effect of technology on human life, human aspiration, and the human good.
To a great extent, we live in the world Bacon imagined, and now we must find a way to live well with both its burdens and its blessings. This very challenge, which now confronts our own society most forcefully, is the focus of this journal.

We are not an academic journal but a public journal of ideas. We aim to provide an alternative to the models of experts and academics whose writing is aimed mainly at each other, and of short-form or “explainer” journalism that often fails to engage the deeper questions at stake.
Instead, we publish long-form essays, articles, and reports that — we hope — are written with insight, accessibility, literary virtuosity, and factual reliability for lay audiences and scholars alike. Our editors and authors are scientists, medical doctors, engineers, policy analysts, academics, writers, and scholars.
The New Atlantis is a nonpartisan publication. Indeed, the subjects addressed in our pages often cut across existing political lines, forcing liberals and conservatives, progressives and libertarians, to revisit their guiding principles.
We are published by a nonprofit organization that is supported wholly by private foundations, individual donors, and revenue earned from subscriptions and licensing. We receive no funding from business or government sources. (We allowed a one-time exception to this policy by accepting a Paycheck Protection Program loan in 2020 under the federal coronavirus relief law.)

The whimsical line drawings used throughout our site derive from “New Atlantis,” an illustration of Francis Bacon’s story that first appeared in the 1964 book The Scientist, part of the Time-Life Books series. The artist is Lowell Hess, an illustrator for Collier’s, Boys’ Life, and many children’s books under the Golden Books series whose works are collected in The Art of Lowell Hess (2011). The image, used with the permission of Time-Life Books and the Hess estate, appears at the top of this page.
Our website was designed and built by The Branding Farm of Venice, California.