take your tastefully redesigned flag and shove it 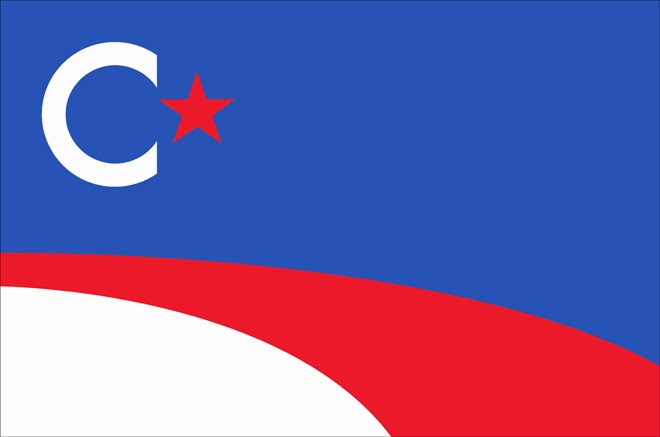 This project — to redesign all the state flags in a single visual language — seems to me to combine rather remarkably the features of today’s techno-liberalism:

An active disdain for historical, cultural, and aesthetic difference: “I was immediately bothered by how discordant they are as a group”;

The easy assumption that unity is best brought about by imposition from On High: “Mitchell’s first move was to strip away ‘everything that reminded me of a divided nation’;

Implicit belief in the titanic suasive power of design;

Wish-fulfillment dreams of artistic power: Give us free rein and we’ll fix things;

Flag design has rules, people: created by the International Federation of Vexillological Associations, whom you may defy at your peril. We may but pity those unfortunate enough to live in benighted times when there were no organizations to establish rules for flag design and no designers who believed that those rules, and their own design sensibilities, obviously should overrule the whole of history.

Fie on all of it, I say! Of course I know this isn’t seriously meant, in the sense that Mitchell isn’t planning (as far as I know) to petition his Representative to introduce an amendment to the Constitution empowering the federal government to mandate a unified design language for state flags. But I think it is seriously meant in the senses listed above, and to that I say: Yuck. Give me history with all its messiness, its visible residue of evil acts and its mixed messages; give me aesthetic incoherence, give me people who don’t know the Rules of Flag Design — give me, in short, the flag of Nunavut and, better still, the coat of arms of Nunavut!

Yeah, I know Nunavut isn’t one of the United States, but still.

7 thoughts on “take your tastefully redesigned flag and shove it”