holes in the fabric 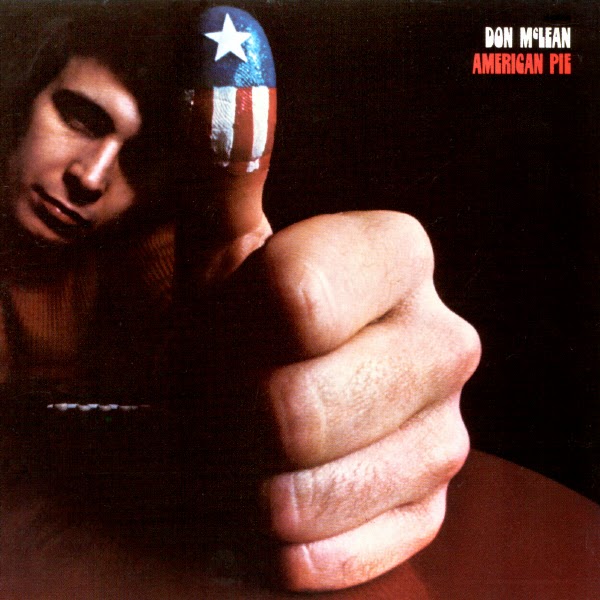 One of the oddest moments of my youth came soon after I bought the LP pictured above. I ran out to get it after I heard on the radio a song from it, called “Vincent,” which struck my fourteen-year-old self as the most profound and artful and insightful and poetic thing I had ever encountered. And then, listening to the whole record, I was blown away by the title song and wanted to tell everyone about it … only to discover that everyone already knew about it and had been listening to it on every pop radio station in town over and over and over again so that they had been sick of it for some months already. But I had never heard it until I put the LP on my turntable.

I could not account for this then and cannot now. I listened to the radio as much as any kid my age: I pleaded with my grandmother to let me control the car radio whenever we were out and about; I had a small transistor radio I kept by my bed to listen to every night; I even strapped that transistor to the handlebars of my bike so I could listen as I rode around the neighborhood. And yet, somehow, in utter defiance of probability, I had never managed to have the radio on when “American Pie” was playing.

I experienced something slightly similar today when someone on Twitter linked to this post on a sportswriter named Gary Smith, who is evidently Kind of a Big Deal. I mean, just read the post. The guy has won every journalistic award a person could win. He’s every sportswriter’s writerly hero (well, almost). But I have never heard his name and as far as I know have never read a word he’s written. And yet I’m a reasonably serious sports fan and read a good deal about sports. How could I have altogether missed Gary Smith?

I find these gaps in experience, holes in the fabric of knowledge and cultural connection, oddly fascinating. The other big one I can think of involves Joni Mitchell’s song “River,” which, despite its being one of her most-covered songs, and despite my having owned several Joni Mitchell albums when I was young, I had never heard until about five years ago — almost forty years after its release. But of course, these gaps I have mentioned here I can mention only because they’ve been closed. Who knows how many other songs or writers or poems or whatever I’ve missed, what essential elements of the experience of my generation have passed me by and left me unwittingly denied some bond, some link?

2 thoughts on “holes in the fabric”