a small crisis in my life as a reader

I mentioned in my previous post that I’ve been re-reading Charles Norris Cochrane’s Christianity and Classical Culture, but I’m doing so in some perplexity. Here’s my copy of the beautiful Liberty Fund reissue of the book, with its perfectly sewn binding and creamy thick paper (available, you should know, at a ridiculously low price: any other publisher would charge three times as much). 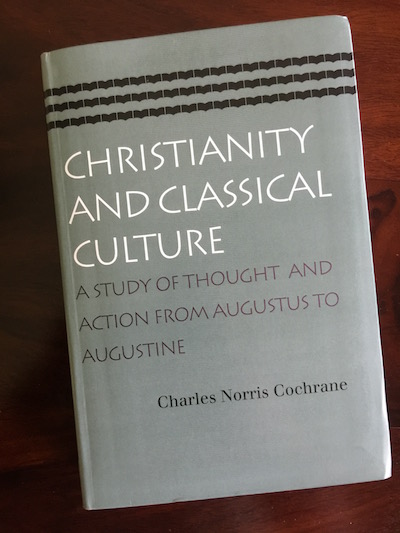 It is a pleasure to hold and to read, a wonderful exercise in the art of book-making (with some nice apparatus as well, especially the appendix with translations of some phrases Cochrane left untranslated).

By contrast, here is the old Oxford University Press copy I’ve had for many years: 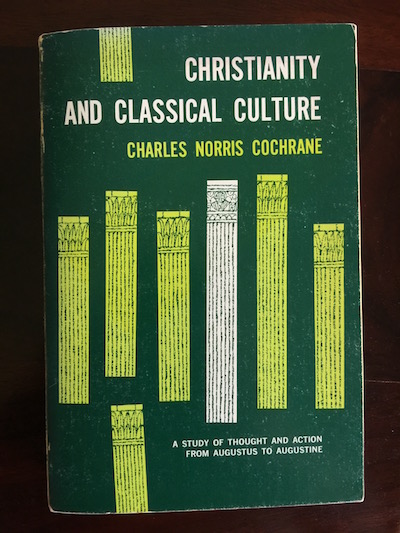 It’s worn, and the glue of the binding is drying out — some of the pages might start to come free at any moment. The cheap paper is yellowing. On the other hand, it contains evidence of my previous readings: 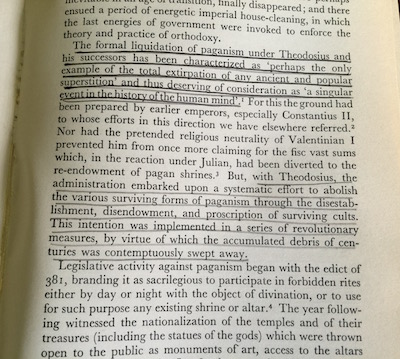 You can see in those photos the condition of the paper and binding, but also the evidence of the three previous readings: the first time marked in pencil, the second in pen, the third in green highlighting. (I almost never use highlighters, but wanted to distinguish that third reading from the other two.)

I keep going back and forth between the two copies. Part of me wants to have a new — or newish — experience with Cochrane’s great book, and to do so in a format that is maximally enjoyable. I’m also aware that the Liberty Fund edition is so well-made that it can be used for future readings, whereas the OUP edition is on its last legs. If I don’t abandon it now I’ll have to do so soon enough. And yet I really enjoy interacting with my previous reading selves, and seeing what I thought important earlier versus what I think important now. (I’m trying to remember when I bought and first read this book — I think it was around 1990.)

I am having a great deal of difficulty making this decision. I read and annotated 150 pages in the new edition, and then went back to the old one, and am now wavering again. What a curious dilemma.