Why Hope?: Transhumanism and the Arts (Another Response to James Hughes)

In another of the series of posts to which Professor Rubin recently responded, James Hughes argues that transhumanism has been marked by a tension between “fatalistic” beliefs in both technological progress and doom. Hughes’s intention is to establish a middle ground that acknowledges both promise and peril without assuming the inevitability of either. This is a welcome antidote to the willful blindness of libertarian transhumanism.
But conspicuously absent from Prof. Hughes’s post is any account of why techno-fatalism is so prominent among transhumanists — and so of why his alternative provides a viable and enduring resolution to the tension between its utopian and dystopian poles. 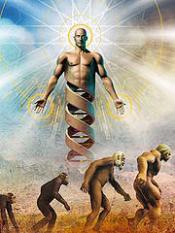 I would suggest that the prominence of techno-fatalism among transhumanists is closely linked to how they construe progress itself. Consider Max More’s description of progress, which is pretty well representative of the standard transhumanist vision:

Seeking more intelligence, wisdom, and effectiveness, an indefinite lifespan, and the removal of political, cultural, biological, and psychological limits to self-actualization and self-realization. Perpetually overcoming constraints on our progress and possibilities.

What is striking about this and just about any other transhumanist description of progress is that it is defined in almost entirely negative terms, as the shedding of various limits to secure a realm of pure possibility. (Even the initial positive goods seem, in the subsequent quote in Hughes’s post, to be of interest to More primarily as means to avoiding risk on the path to achieving pure possibility.) The essential disagreement Hughes outlines is only over the extent to which technological growth will secure the removal of these limits.
Transhumanists, following their early-modern and Enlightenment predecessors, focus on removing barriers to the individual pursuit of the good, but offer no vision of its content, of what the good is or even why we should want longer lives in which to pursue it — no vision of what we should progress towards other than more progress. Hughes seems to acknowledge this lacuna — witness his call to “rediscover our capacity for vision and hope” and to “stir men’s souls.” But in his post he offers this recently updated Transhumanist Declaration as an example of such “vision and hope,” even though it turns back to the well that left him so thirsty in the first place:

We need to carefully deliberate how best to reduce risks and expedite beneficial applications. We also need forums where people can constructively discuss what should be done, and a social order where responsible decisions can be implemented.

This, along with much of the rest of the Declaration, reads as a remarkably generic account of the duties of any society — putting the transhumanists decisively back at square one in describing both social and individual good. 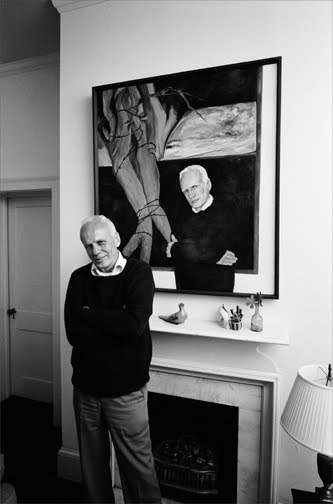 For transhumanists — or anyone — to articulate the content of the good would require an embrace of the discipline devoted to studying precisely that question: the humanities, particularly literature and the arts. Hughes is right when he suggests elsewhere the postmodern character of transhumanist morality. The triumphant postmodernist is a cosmopolitan of narratives and aesthetics, a connoisseur who samples many modes of being free of the binding power of any. Because the postmodernist redefines the good as the goods, he is compelled even more than his predecessors to be a voracious consumer of culture and cultures, particularly of narratives and aesthetics.
The transhumanist vision of progress begins from this postmodern freedom to function in any mode of being. But, seemingly paradoxically, transhumanists tend to be indifferent to the study of literature and the arts as a means of knowing the good(s) (with the notable exception of science fiction). If they were not indifferent, then they might be aware of the now-lengthy tradition in the arts dealing with precisely the postmodern problem of maintaining “vision and hope.” Near the middle of the last century, the novelist Walker Percy wrote of the subject of postmodern novel:

How very odd it is … that the very moment he arrives at the threshold of his new city, with all its hard-won relief from the sufferings of the past, happens to be the same moment that he runs out of meaning!… The American novel in past years has treated such themes as persons whose lives are blighted by social evils, or reformers who attack these evils…. But the hero of the postmodern novel is a man who has forgotten his bad memories and conquered his present ills and who finds himself in the victorious secular city. His only problem now is to keep from blowing his brains out. 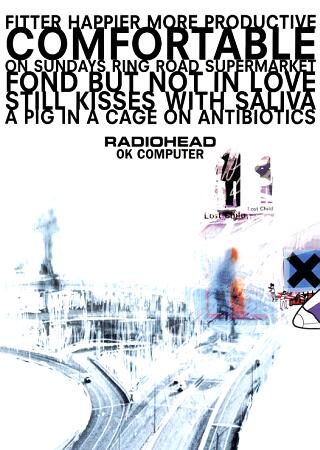 Postmodern art moves from abstract theories to realized depictions of how the heroically actualized self lives. Inevitably in such depictions the triumphant victory of theory gives way to the unsustainable alienation of postmodern life, and the problem theory has shirked becomes pressing: Why hope? How to keep from blowing your brains out?
For the likes of the Beats, the solution could be found in a frantically earnest embrace of the postmodern imperative to move from one mode of being to the next. For Percy’s protagonists, the solution lies partly in embracing the same imperative, but ironically. For the readers of The Catcher in the Rye, the viewers of American Beauty, and the listeners of Radiohead, there is a consoling beauty to be found in the artistic depiction of alienation itself. For the French existentialists, the solution might just be to go ahead and blow your brains out.
That transhumanists have not grappled with the hollow and alienating character of their vision of progress could be taken as evidence of their historical and philosophical myopia. But of course their uninterest in depictions of the good(s) is not simply an oversight but an underlying principle. Whereas the postmodernist’s freedom from all modes of being is constitutionally ironic, the transhumanist is gravely serious about his freedom. His primary attitude towards discussions about the relative merits of different value systems or ways of life is not playfulness but wariness — or sometimes, as we have seen in the comments on this blog, outright hostility and paranoia.
Whereas the postmodernist takes the freedom from and to choose any mode of being as inherent, the transhumanist believes that it must be fought for — else there would be no gap between here and transcendence. Indeed, it is the effort to bridge this gap that constitutes transhuman teleology; the feat of the earning itself is the central end of transhuman progress. Transhumanism takes the lemons of postmodern alienation and makes the will to lemonade.
Hence the essential insatiability of the transhumanist project. It has as its goal not some fulfilled form, but a constant seeking after transgressive will and power which, once secured in some measure, surrenders its transgressiveness to the quotidian and so must be sought in still greater measure. The transhumanist, unlike even the theoretical postmodernist, can never fully actualize.
And hence the unsexiness Prof. Hughes bemoans in his project to split the difference between fatalisms, for his “pessimism of the intellect” appears only as a dreary accidental impediment to transcendence. A transhumanist project versed in the arts might be able to provide a more unified and compelling vision of its quest for progress — but it would also have to confront the everyday despair that lies at its heart.
[Images: “Transhuman DNA”, courtesy Biopolitical Times; Walker Percy; Radiohead.]

5 thoughts on “Why Hope?: Transhumanism and the Arts (Another Response to James Hughes)”