Transhumanists: The Once and Future Christians?

Charles Stross recently claimed that he had found some roots for transhumanism in the relatively obscure Russian Orthodox writing of the idiosyncratic Nikolai Fyodorovich Fyodorov. Stross provocatively asks:

So. Transhumanism: rationalist progressive secular theory, or bizarre off-shoot of Russian Orthodox Christianity? And should this affect our evaluation of its validity? You decide! 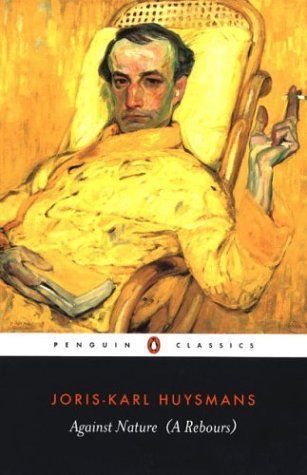 I would be more cautious than Stross seems to be about claiming any discernible intellectual influence here. But, influence or not, there are indeed interesting likenesses, and those (along with the striking differences) can illuminate some of the perennial aspirations that transhumanism builds on, at the very least turning our attention away from questions of mere technological feasibility.In that vein, I just finished a novel from 1884 that contained the following passages:

As a matter of fact, artifice was considered by Des Esseintes to be the distinctive mark of human genius. Nature, he used to say, has had her day; she has finally and utterly exhausted the patience of sensitive observers by the revolting uniformity of her landscapes and skyscapes … what a monotonous store of meadows and trees, what a commonplace display of mountains and seas!In fact, there is not a single one of her inventions, deemed so subtle and sublime, that human ingenuity cannot manufacture….There can be no shadow of doubt that with her never-ending platitudes the old crone has by now exhausted the good-humored admiration of all true artists, and the time has surely come for artifice to take her place whenever possible.

The book is Joris-Karl Huysman’s à Rebours, translated (not very literally) in the English version from which the above quote is taken as Against Nature. It is considered one of the minor classics of French Decadence. I’d be surprised if any transhumanist luminaries had actually been influenced by this book, or by the Decadents in any fashion, but the underlying similarities hardly need to be belabored. Nor do I think they are intellectually accidental.The Decadents, like transhumanists, seem to have believed in the unrelieved grimness of human life. Where the Decadents thought culture was at a standstill, the transhumanists care not a whit for it, that battle having been lost. In a decaying world where everything was permitted, the Decadents found it hard to find anything worth doing (including eating, drinking and being merry).Transhumanists have a more crusading mentality, but it points in the same direction as Against Nature. For the fictional Des Esseintes abandons civilization (that is, Paris) and undertakes a series of strange and refined aesthetic experiments on the assumptions articulated above. (Seasteading, anyone?) He works hard, and not without technological assistance, to achieve the ideals he has set for himself, just as transhumanists would have us work hard to be the very best we can imagine ourselves (if we have selves) to be.Here’s the bad news from the transhumanist point of view. Des Esseintes is a broken man by the end of the book. Worse yet, eight years after writing this minor classic of the Decadent genre, Huysman found himself, rather more to his own surprise than not, a devout Catholic. Contempt for nature can lead in unexpected directions. Who knows what is in store for our transhumanist friends?

2 thoughts on “Transhumanists: The Once and Future Christians?”