Transhuman Ambitions and the Lesson of Global Warming

Anyone who believes in the science of man-made global warming must admit the important lesson it reveals: humans can easily alter complex systems not of their own cohesive design but cannot easily predict or control them. Let’s call this (just for kicks) the Malcolm Principle. Our knowledge is little but our power is great, and so we must wield it with caution. Much of the continued denial of a human cause for global warming — beyond the skepticism merited by science — is due to a refusal to accept the truth of this principle and the responsibility it entails. 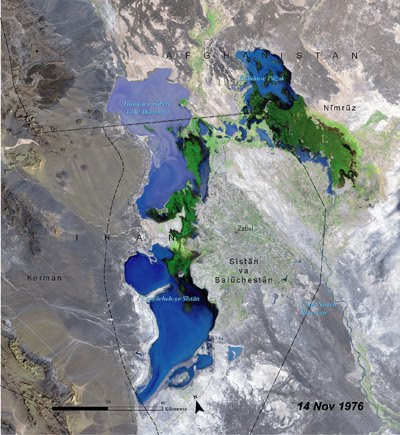 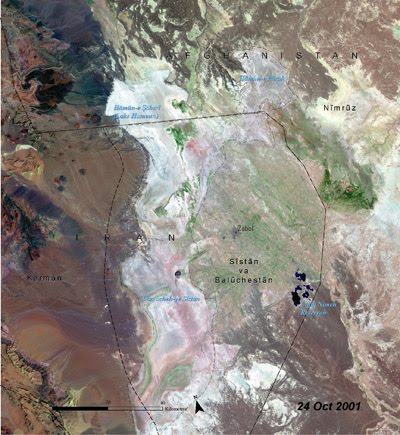 And yet a similar rejection of the Malcolm Principle is evident even among some of those who accept man’s role in causing global warming. This can be seen in the great overconfidence of climate scientists in their ability to understand and predict the climate. But it is far more evident in the emerging support for “geoengineering” — the notion that not only can we accurately predict the climate, but we can engineer it with sufficient control and precision to reverse warming.

It is unsurprising to find transhumanist support for geoengineering. Some advocates even support geoengineering to increase global warming — for instance, Tim Tyler advocates intentionally warming the planet to produce various allegedly beneficial effects. Here the hubris of rejecting the Malcolm Principle is taken to its logical conclusion: Once we start fiddling with the climate intentionally, why not subject it to the whims of whatever we now think might best suit our purposes? Call it transenvironmentalism.
In fact, name any of the most complex systems you can think of that were not created from the start as engineering projects, and there is likely to be a similar transhumanist argument for making it one. For example:
Transhumanist blogger Michael Anissimov (who earlier argued in favor of reengineering the animal kingdom) initially voiced support for intentional global warming, but later deleted the post. He defended his initial support with reference to Singularitarian Eliezer Yudkowsky’s “virtues of rationality,” particularly that of “lightness,” which Yudkowsky defines as: “Let the winds of evidence blow you about as though you are a leaf, with no direction of your own.” Yudkowsky’s list also acknowledges potential limits of rationality implicit in its virtues of “simplicity” and “humility”: “A chain of a thousand links will arrive at a correct conclusion if every step is correct, but if one step is wrong it may carry you anywhere,” and the humble are “Those who most skillfully prepare for the deepest and most catastrophic errors in their own beliefs and plans.” Yet in addition to the “leaf in the wind” virtue, the list also contains “relinquishment”: “Do not flinch from experiences that might destroy your beliefs.”
Putting aside the Gödelian contradiction inherent even in “relinquishment” alone (if one should not hesitate to relinquish one’s beliefs, then one should also not hesitate to relinquish one’s belief in relinquishment), it doesn’t seem that one can coherently exercise all of these virtues at once. We live our lives interacting with systems too complex for us to ever fully comprehend, systems that have come into near-equilibrium as the result of thousands or billions of years of evolution. To take “lightness” and “relinquishment” as guides for action is not simply to be rationally open-minded; rather, it is to choose to reflexively reject the wisdom and stability inherent in that evolution, preferring instead the instability of Yudkowsky’s “leaf in the wind” and the brash belief that what we look at most eagerly now is all there is to see.
Imagine if, in accordance with “lightness” and “relinquishment,” we had undertaken a transhumanist project in the 19th century to reshape human heads based on the fad of phrenology, or a transenvironmentalist project in the 1970s to release massive amounts of carbon dioxide on the hypothesis of global cooling. Such proposals for systemic engineering would have been foolish not merely because of their basis in particular mistaken ideas, but because they would have proceeded on the pretense of comprehensively understanding systems they in fact could barely fathom. The gaps in our understanding mean that mistaken ideas are inevitable. But the inherent opacity of complex systems still eludes those who make similar proposals today: Anissimov, even in acknowledging the global-warming project’s irresponsibility, still cites but a single knowable mechanism of failure (“catastrophic global warming through methane clathrate release”), as if the essential impediment to the plan will be cleared as soon as some antidote to methane clathrate release is devised.
Other transhumanist evaluations of risk similarly focus on what transhumanism is best able to see — namely threats to existence and security, particularly those associated with its own potential creations — which is fine except that this doesn’t make everything else go away. There are numerous “catastrophic errors” wrought already by our failures to act with simplicity and humility — such as our failure to anticipate that technological change might have systemic consequences, as in the climate, environment, and ecosystem; and our tremendous and now clearly exaggerated confidence in rationalist powers exercised directly at the systemic level, as evident in the current financial crisis (see Paul Cella), in food and nutrition (see Michael Pollan and John Schwenkler), and in politics and culture (see Alasdair MacIntyre among many others), just for starters. But among transhumanists there is little serious contemplation of the implications of these errors for their project. (As usual, commenters, please provide me with any counterexamples.)
Perhaps Yudkowsky’s “virtues of rationality” are not themselves to be taken as guides to action. But transhumanism aspires to action — indeed, to revolution. To recognize the consequences of hubris and overreach is not to reject reason in favor of simpleminded tradition or arbitrary givenness, but rather to recognize that there might be purpose and perhaps even unspoken wisdom inherent in existing stable arrangements — and so to acknowledge the danger and instability inherent in the particular hyper-rationalist project to which transhumanists are committed.

4 thoughts on “Transhuman Ambitions and the Lesson of Global Warming”