They told you life is hard, Misery from the start, It’s dull, it’s slow, it’s painful. But I tell you life is sweet In spite of the misery There’s so much more, be grateful. -Natalie Merchant 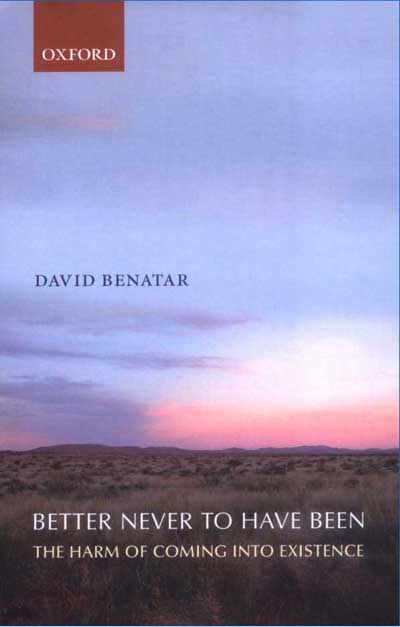 Peter Singer recently published a New York Times blog post seriously posing the question of whether the human race should allow itself to go extinct. Most of the post is built around the arguments of philosophy professor David Benatar, author of the book Better Never to Have Been: The Harm of Coming Into Existence. Singer writes:

We spend most of our lives with unfulfilled desires, and the occasional satisfactions that are all most of us can achieve are insufficient to outweigh these prolonged negative states. If we think that this is a tolerable state of affairs it is because we are, in Benatar’s view, victims of the illusion of pollyannaism. This illusion may have evolved because it helped our ancestors survive, but it is an illusion nonetheless. If we could see our lives objectively, we would see that they are not something we should inflict on anyone.

There is a simple riposte, of course, to anyone seriously claiming we should not exist: one simply need note that no rational being is capable of posing such a claim, for once he believes it, if he is fully consistent in his conclusions and convictions, he should immediately kill himself, and so never have the opportunity to communicate the argument. Of course, I’m not suggesting that extreme utilitarian philosophers should kill themselves (though one could consider their existence as a special sort of suffering), and the fact that they don’t do so should be the first indication that something is amiss in their arguments. They live, like the rest of us, based on the notion that their lives are worth living, even though they are uniquely incapable of understanding that they are and why.
Even the most hardcore of evolutionary psychologists can agree with the notion that an organism that has lost the will and drive to continue its own existence is deeply sick — indeed, not just sick, but suffering from sickness. And it is a sickness of the highest degree, overwhelming as it does the most fundamental imperative of any organism or rational being: to exist, to maintain the prior condition for any state of goodness, joy, or wellbeing. We consider this true for animals so ill they have ceased to eat; and we consider it even truer for human beings who are suicidal: over and above whatever suffering has caused their state, we understand the state of not wanting to live to be itself a profound form of suffering — literally, the deepest form of existential despair. 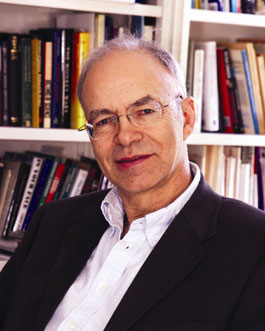 Nietzsche said, “He who has a why to live can bear with almost any how.” So, also, he who has no why to live cannot bear with almost any how. Walker Percy claims that postmodern man “has forgotten his bad memories and conquered his present ills and … finds himself in the victorious secular city. His only problem now is to keep from blowing his brains out.” Singer et al. turn this problem into the explicit question of why we shouldn’t, and when it exposes the gaping vortex of nihilism at the center of their philosophy, they attempt to divert our gaze with posturing of bold discovery and heroic honesty.

What we risk suffering from most deeply is not the physical anguish that concerns the utilitarians, but the very existential despair they so eagerly prescribe. By defining the value of our lives as simply the absence of physical suffering, philosophers like Singer may actually markedly increase human suffering. Not only does their philosophy provide an active reason for people to be suicidal, but it commits extreme utilitarians to arguing that the profound suffering of being suicidal is itself good reason for the suicidal to go ahead and commit suicide. (Notably, I know of no utilitarian philosophers who have had sufficient confidence in their convictions to openly advance such an argument.)
It is indeed a profound loathing for most of human existence that undergirds Singer’s philosophy. At the end of his post, he poses the question to the readers, “Is life worth living, for most people in developed nations today?” Though Singer allows, both here and in the conclusion to his post, that life is under the right circumstances worth living — presumably, under circumstances similar to his own — it is apparently taken for granted in this question that life is not worth living for people in undeveloped nations. And it must be even more taken for granted that life was not worth living for the thousands of generations of ancestors to whom we owe our own (at last potentially worthwhile) existences. Posterity, then — the accumulated infliction of the suffering of existence by each generation on the next — must be an injustice of unthinkable proportions.
It is in this understanding of the meaning of posterity, of course, that Singer most profoundly misses the worth of life, as available to today’s poor and to our impoverished ancestors as it is to affluent college professors. As a commenter on the Singer post, Pierce Moffett, puts it:

Maybe most normal people enjoy their lives to a greater extent than the typical philosopher does. It wouldn’t surprise me. I don’t know about you, but I’m glad I’m here. I have unfulfilled desires, but I have also had a great deal of enjoyment. I experience a few minutes of profound joy every morning when my 5 year old gets out of bed, comes to my office, and crawls up into my lap for a still-sleepy hug — and by having her, I’ve made it possible for her to have that joy herself someday if she has a child of her own. This sort of utilitarian, weigh-everything-on-the-scales approach is the worst sort of academic pseudo-philosophical nonsense.

As a philosopher, Dr. Singer is surely aware that the notion that [the] world is getting worse every year has been around among philosophers for a very long time. But out in the real world, people do the millions of things they like to do — from roller skating to playing computer games to solving differential equations to flying hang-gliders … and many of these things we love to do involve our children.