Overcoming Bias: Why Not?

In a recent New Atlantis essay, “In Defense of Prejudice, Sort of,” I criticized what I call the new rationalism:

Today there is an intellectual project on the rise that puts a novel spin on the old rationalist ideal. This project takes reason not as a goal but as a subject for study: It aims to examine human rationality empirically and mathematically. Bringing together the tools of economics, statistics, psychology, and cognitive science, it flies under many disciplinary banners: decision theory, moral psychology, behavioral economics, descriptive ethics. The main shared component across these fields is the study of many forms of “cognitive bias,” supposed flaws in our ability to reason. Many of the researchers engaged in this project — Daniel Kahneman, Jonathan Haidt, Joshua Greene, Dan Ariely, and Richard Thaler, to name a few — are also prominent popularizers of science and economics, with a bevy of bestselling books and a corner on the TED talk circuit.

While those scholars are some of the most prominent of the new rationalists, here on Futurisms it’s worth mentioning that many others are also spokesmen of transhumanism. These latter thinkers draw on the same cognitive science research but lean more on statistics and economics. More significantly, they drop the scientific pretense of mere description, claiming not only to study but unabashedly to perfect the practice of rationality. 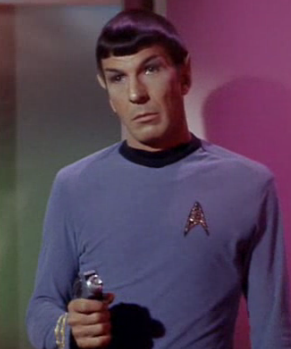 Their projects have modest names like Overcoming Bias, Less Wrong, and the Center for Applied Rationality (CFAR, pronounced “see far” — get it?). CFAR is run by the Machine Intelligence Research Institute, whose board has included many of the big guns of artificial intelligence and futurism. Among the project’s most prominent members are George Mason University economist and New York Times quote darling Robin Hanson, and self-described genius Eliezer Yudkowsky. With books, blogs, websites, conferences, meetup groups in various cities, $3,900 rationality training workshops, and powerful connections in digital society, they are increasingly considered gurus of rational uplift by Silicon Valley and its intellectual hangers-on.

A colleague of mine suggested that these figures bear a certain similarity to Mr. Spock, and this is fitting on a number of levels, from their goal of bringing all human action under the thumb of logic, to their faith in the relative straightforwardness of this goal — which is taken to be achievable not by disciplines working across many generations but by individual mentation — to the preening but otherwise eerily emotionless tone of their writing. So I’ll refer to them for shorthand as the Vulcans.

The Vulcans are but the latest members of an elaborately extended tradition of anti-traditionalist thought going back at least to the French Enlightenment. This inheritance includes revolutionary ambitions, now far higher than most of their forebears, from the rational restructuring of society in the short term to the abolition of man in the only-slightly-less-short term. And at levels both social and individual, the reformist project is inseparable from the rationalist one: for example, Yudkowsky takes the imperative to have one’s body cryogenically preserved upon death to be virtually axiomatic. He notes that only a thousand or so people have signed up for this service, and comes to the only logical conclusion: this is the maximum number of reliably rational people in the world. One can infer that it will be an elect few deemed fit to command the remaking of the world, or even to understand, when the time arrives to usher in the glorious future, why it need happen at all.

The Vulcans also represent a purified version of the idea that rationality can be usefully studied as a thing in itself, and perfected more or less from scratch. Their writing has the revealing habit of talking about reason as if they are the first to discuss the idea. Take Less Wrong, for example, which rarely acknowledges the existence of any intellectual history prior to late-nineteenth-century mathematics except to signal disgust for the brutish Past, and advertises as a sort of manifesto its “Twelve Virtues of Rationality.”

Among those virtues, “relinquishment” takes spot number two (“That which can be destroyed by the truth should be”), “lightness” spot three (“Be faithless to your cause and betray it to a stronger enemy”), “argument” and “empiricism” are modestly granted spots five and six, and “scholarship” pulls up the rear at number eleven. What about the twelfth virtue? There isn’t one, for the other virtue transcends mere numbering, and “is nameless,” except that its name is “the Way.” Presented as the Path to Pure Reason, the Way is drawn, like much Vulcan writing, from Eastern mysticism, without comment or apology.

It’s wise not to overstate the influence of Vulcanism, which may well wind up in the dustbin of pseudoscience history, along with fads like the rather more defensible psychoanalysis. The movement is significant mainly for what it reveals. For at its core lie some ingredients of Enlightenment thought with enduring appeal, usefully evaporated of diluting elements, boiled down to a syrupy attitudinal essence covered with a thin argumentative crust. It contains a version of the parable of the Cave, revised to hold the promise of final, dramatic escape; an uneasy marriage of skepticism and self-confidence whose offspring is the aspiration to revolution.

In the book The Place of Prejudice, which I reviewed in the essay linked above, Adam Adatto Sandel notes rationalism’s reactionary counterpart, typically voiced through Edmund Burke, which accepts the conflict between reason and tradition but embraces the other side. Like Sandel, I see this stance as wrongheaded, a license to draw a line around some swath of the human world as forever beyond understanding, and draw it arbitrarily — or worse, around just those things one sees as most in need of intellectual defense. But the conflict cannot be avoided as an epistemological and practical matter, a duel over the reasons for our imperfect understanding, and the best guides for action in light of it.

Looking at the schemes of the Vulcans, it’s hard not to hear Burke’s point about the politically cautious advantages of (philosophical) prejudice in contrast with the dangerous instability of Reason. The link between the aspirations of the French Enlightenment and the outrages of the French Revolution was not incidental, nor are the links of either to today’s hyper-rationalists.

A few years ago, I attended a conference at which James Hughes eagerly cited the Marquis de Condorcet’s Sketch for a Historical Picture of the Progress of the Human Spirit, which seems to prefigure transhumanism and depicts a nearer future in which reason has fully liberated us from the brutality of tradition. Hughes mentioned that this work was written when Condorcet was in hiding, but skipped past the irony: as Charles Taylor writes of the Sketch, with a bit of understatement:

it adds to our awe before his unshaken revolutionary faith when we reflect that these crimes were no longer those of an ancien régime, but of the forces who themselves claimed to be building the radiant future.

But it persists as stubbornly as any prejudice, this presumption of the simple cleansing power of reason, this eagerness to unmoor. Whether action might jump ahead of theory, or rationalism decay into rationalization, providing intellectual cover for baser forces — these are problems to which rationalists are exquisitely attuned when it comes to inherited ideas, but show almost no worry when it comes to their own, inherited though their ideas are too. “Let the winds of evidence blow you about as though you are a leaf, with no direction of your own,” counsels one of the Virtues of Rationality, the image well more apt than it’s meant to be.

3 thoughts on “Overcoming Bias: Why Not?”