Natasha Vita-More and the enhancement ethos 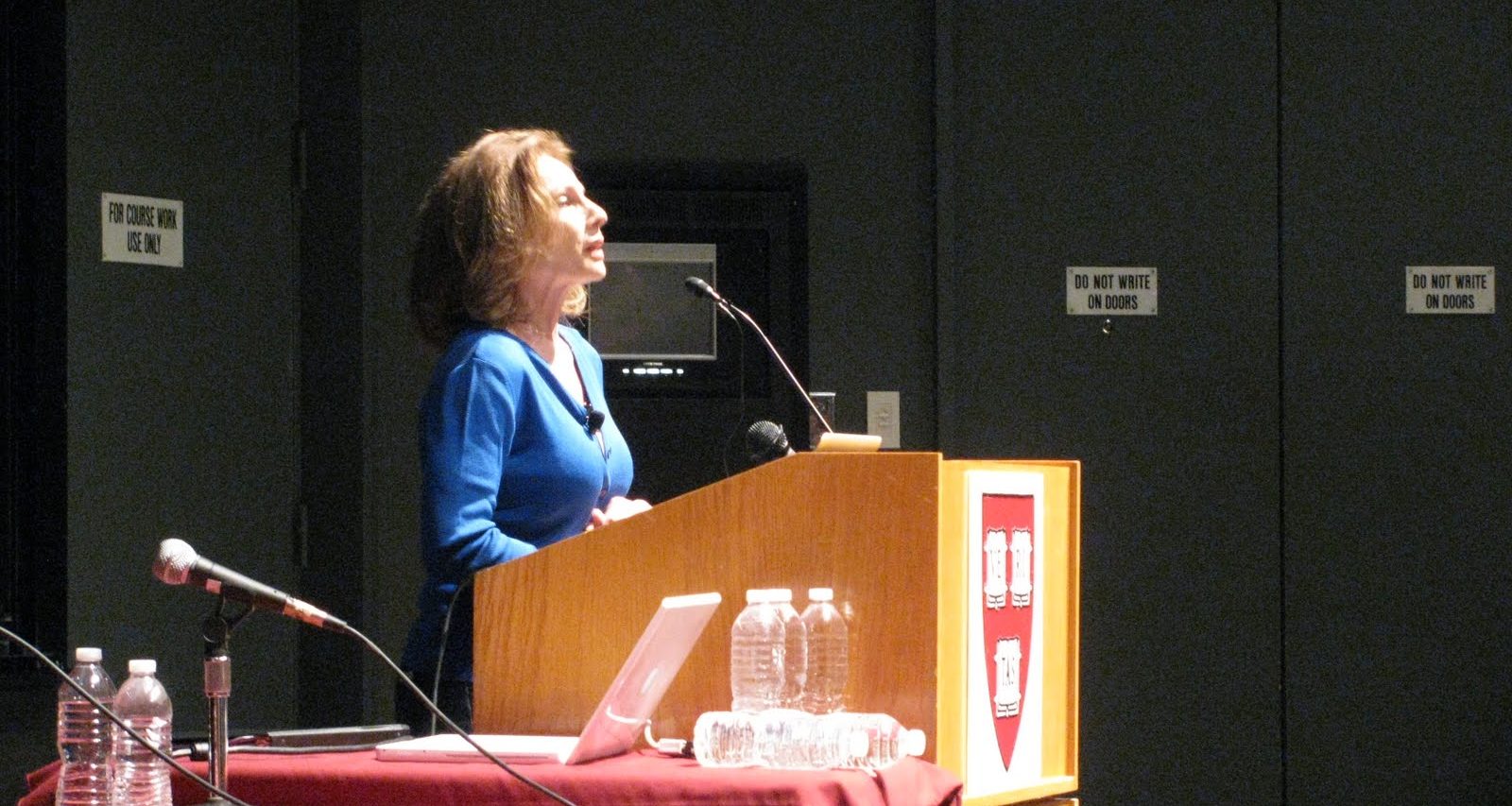 After taking a little time to recuperate from the H+ Summit this weekend at Harvard, I’ll be finishing up my coverage over the next day or so.
One of the bigger names speaking at the conference was Natasha Vita-More (bio, slides, on-the-fly transcript). The wife of Max More, she says she adopted the surname “Vita-More” because it means “more life.”
Vita-More launches into some grandstanding about how transhumanists think all life is precious, no matter what its form. Why are transhumanists then apparently untroubled by the practice of destroying human embryos for embryonic stem cell research, for the mere possibility of lengthening their own lives? Shouldn’t they consider this a form of tyranny? [NOTE: See the update below.]
She uses the terms “plastination” and “plasticity” interchangeably, apparently not knowing that they are two completely different concepts, like lightning and lightning bugs (to borrow from Mark Twain). [NOTE: See the update below.]
Vita-More’s talk is scattered and not especially substantive. Lots of transhumanist buzzwords, and boilerplate about empowerment and seizing control of one’s own health and body. She’s more here to project an attitude than a set of clear ideas. At one point, one of the conference organizers informs her she has two minutes left in her talk, and she responds shortly that she’s going to go longer. Empowered she is.
This one slide of hers, an attempt to add an artsy sheen to that ethos while cramming in as much transhumanist mumbo jumbo as possible, actually sums up well the whole presentation, in both form and content (that’s Vita-More in the middle): 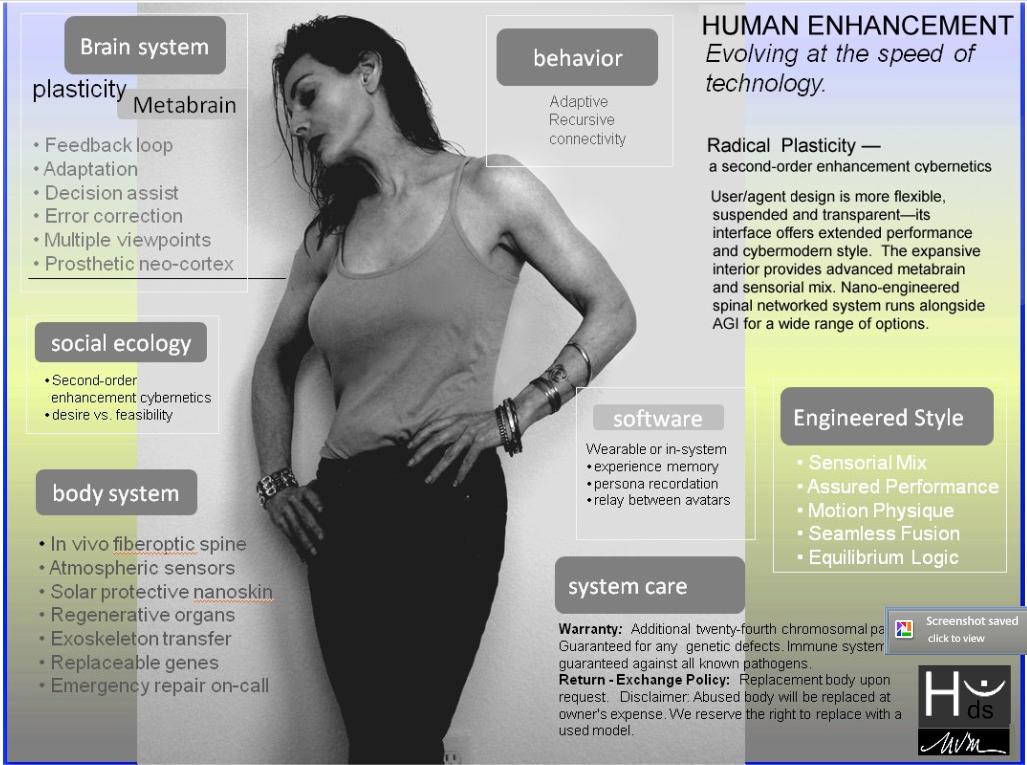 (click to enlarge)
UPDATE: Natasha Vita-More comments that I was mistaken about her confusing “plasticity” and “plastination,” saying that she had “used the term plasticity and meant it. Someone else used the term plastination, which I did refer to but it was not my focus.”
Here is my transcription of the video from that portion of her talk:
Looking at a single cell in my body, and building this primo post-human prototype, and then going to where I am now, which is the very issue of our brain and plasticity. Not the plasticity that was talked about earlier, which is a very wise and smart idea, or cryonics plasticity with vitrification possibilities with nano-medicine, but the plasticity of who we are right now and our knowledge base, and how we’re acquiring information, and how we’re assessing the information we acquire…
It appears that she might have just misspoken without misunderstanding: she used the term “plasticity” to refer to plastination, but made a point of saying that they’re different. Still, I think this is symptomatic of the shtick of talks like this, which involves blurring the distinctions between somewhat related terms and concepts.
For example, her first reference to plasticity presumably is to neuroplasticity, but its description as “a very wise and smart idea” makes it sound like a design principle rather than a discovery or theory of natural science. And “the plasticity of who we are right now and our knowledge base” is not useful to describe as some distinct form of plasticity, both because it’s essentially just a manifestation of neuroplasticity, and because it’s less descriptive than just stating directly what she’s talking about: the openness and eagerness to learn new things. Blurring these terms together in this way has more the muddling effect of jargon than the clarifying effect of metaphor. (A cynic might even say that this blurring was intended to lend the appearance of scientific authority to unscientific concepts and proposals.)
I should also note that Ms. Vita-More sent me an email to note that she is “not an advocate of plastination (outside of dramatic artistic sculpture), although it has its intrigue” and that she is “deeply opposed to creating embryos as marketing kits for stem cells.”

5 thoughts on “Natasha Vita-More and the enhancement ethos”