The Mainstreaming of Transhumanism

Congratulations to Nick Bostrom, Jamais Cascio, and Ray Kurzweil for being recognized as three of Foreign Policy magazine’s “Top 100 Global Thinkers.” Once upon a time this kind of notoriety might not have helped the reputation of an Oxford don in the Senior Common Room (do such places still exist?), but even were that still the case, it must be tremendously satisfying for Professor Bostrom qua movement builder to get such recognition. The mainstreaming of transhumanism, noted (albeit playfully) by Michael Anissimov, proceeds apace. Ray Kurzweil did not win The Economist’s Innovation Award for Computing and Telecommunications because of his transhumanist advocacy, but apparently nobody at The Economist thought that it would in any way embarrass them. He’s just another one of those global thinkers we admire so much.

Of course such news is also good for the critic. I first alluded to transhumanist anti-humanism in a book I published in 1994, so for some time now I’ve been dealing with the giggle and yuck factors that the transhumanist/extropian/Singularitarian visions of the future still provoke among the non-cognoscenti. Colleagues, friends and family alike don’t quite get why anybody would be seriously interested in that. I’ve tried to explain why I think these kinds of arguments are only going to grow in importance, but now I have some evidence that they are in fact growing. 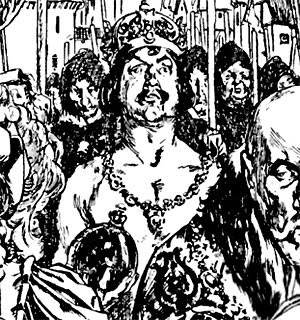 Which leads me to Mr. Anissimov’s question about what it is that I’m hoping to achieve. My purpose (and here I only speak for myself) is not to predict, develop, or advocate the specific public policies that will be appropriate to our growing powers over ourselves. In American liberal democracy, the success or failure of such specific measures is highly contingent under the best of circumstances, and my firm belief that on the whole people are bad at anticipating the forces that mold the future means that I don’t think we are operating under the best of circumstances. So my intention is in some ways more modest and in some ways less. Futurisms is so congenial to me because I share its desire to create a debate that will call into question some of the things that transhumanists regard as obvious, or at least would like others to regard as obvious. I’ve made it reasonably clear that I think transhumanism raises many deep questions without itself going very deeply into them, however technical its internal discussions might sometimes get. That’s the modest part of my intention. The less modest part is a hope that exposing these flaws will contribute to creating a climate of opinion where the transhumanist future is not regarded as self-evidently desirable even if science and technology develops in such a way as to make it ever more plausible. So if and when it comes time to make policies, I want there to be skeptical and critical ideas available to counterbalance transhumanist advocacy.

In short, I’m happy to be among those who are pointing out that the emperor has no clothes, even if, to those who don’t follow such matters closely, I might look like the boy who cried wolf.

3 thoughts on “The Mainstreaming of Transhumanism”