Two popular articles on radical life extension have recently been making the rounds — dueling articles, in a sense, in dueling publications. 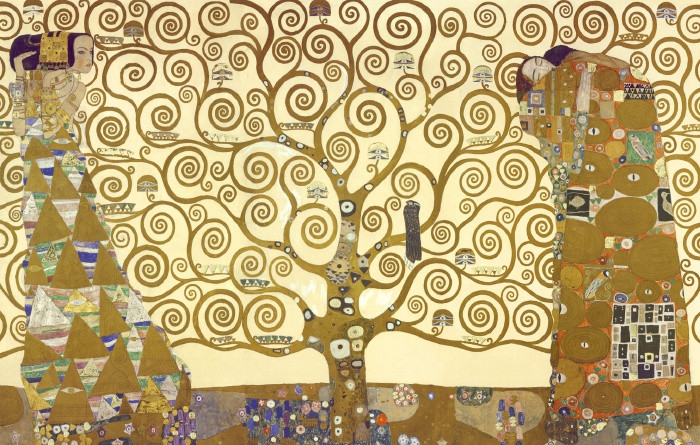 Gustav Klimt, The Tree of LifeFirst, Sonia Arrison, H+/World Transhumanist Association board member and one of the founders of Singularity University, has an article in the Wall Street Journal on longevity, presumably a snippetized version of her upcoming book 100 Plus: How the Coming Age of Longevity Will Change Everything, From Careers and Relationships to Family and Faith. The article is a lengthy litany of the same basic longevity claims that have been made for years — worms, rats, and monkeys on restricted diets, social-science data about changes in marriage and Social Security if lifespans were greatly extended, etc. — followed by an ethical analysis on the subject. The analysis does not consider whether any of the aforementioned potential social changes — for instance, increased divorce rates (perhaps intentionally facilitated by “sunset clauses” in marriages) and periods of living alone, which even social scientists acknowledge as harmful to individual and social metrics of wellbeing — could be disruptive or otherwise bad. In fact, the crux of the ethical analysis at the end seems to be: “Arguments against life extension are often simply an appeal to the status quo.” Hmm. Could arguments for life extension then often simply be an appeal against the status quo? Perhaps, then, an ethical analysis either way deserves a bit more fleshing out than the 105 words of meditation Arrison expends upon it here. Maybe that is in her book, but I wouldn’t say this article promises much for it.On the other side, a recent opinion piece in the New York Times by Stephen Cave (also author of the forthcoming book Immortality: The Quest to Live Forever and How It Drives Civilization) discusses the premise of the TV show Torchwood: Miracle Day (the new fourth season of the British TV show Torchwood), in which all of humanity suddenly becomes immortal. This piece is much more philosophically serious. But it makes an old and on its own rather inadequate argument: “our cultural, philosophical and religious systems exist to promise us immortality,” and so we need death to motivate our value systems and our personal drives to action. Cave also adds in a novel sprinkling of social-scientific research to his article to give it a sheen of scientific authority. Still, the force of his argument is tantamount to trying to make lemonade out of existential despair. At any rate, as wild as immortality premises inherently go, this one is particularly outlandish; a more serious inquiry would look at a gradual scenario like the one in Arrison’s article, in which we can watch the social fabric progressively unweaving (or uplifting — your mileage may vary).UPDATE: This post has been corrected to reflect that Torchwood: Miracle Day is not a new TV series in its own right, but a new season of the existing British TV show Torchwood.

2 thoughts on “Immortality, pro and con”