Isn’t it strange how this castle changes as soon as one imagines that Hamlet lived here? As scientists we believe that a castle consists only of stones, and admire the way the architect put them together.
—Niels Bohr, to Werner Heisenberg, at Kronborg Castle

Kevin Kelly recently declared that most of the value we place on historical artifacts is a matter of mere “technological superstition.” Beginning with artifacts from the September 11 attack sites, and continuing to Ernest Hemingway’s typewriter, home-run baseballs, and the pen used to sign the Declaration of Independence, Kelly claims that we preserve, collect, and pay great sums for these objects because we believe they are akin to religious relics that confer supernatural or magical powers. 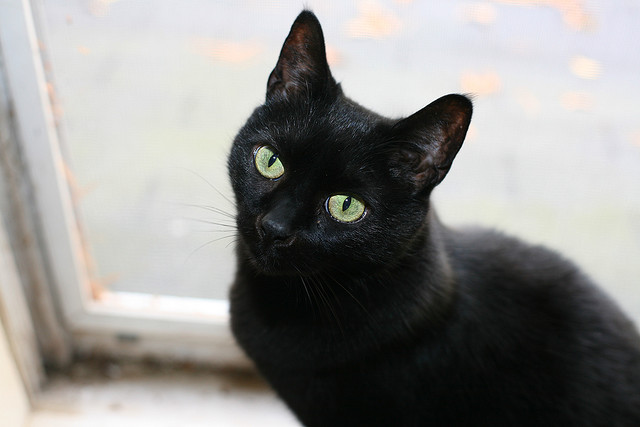 (flickr/aturkus)Now, I could see Kelly’s point if people were preserving 9/11 rubble because they thought that tossing it over one’s shoulder would ward off evil spirits, or were buying Hemingway’s typewriter because they thought rubbing one’s temples upon it would help one get a story into McSweeney’s. But as far as I know, no one believes, or is saying, any such thing. In fact, Kelly’s own argument suggests something rather different.The main elements of Kelly’s argument seem to be: (1) The supposed “specialness” of an artifact does not reside in the artifact itself, cannot be measured by scientific instrumentation; it is thus superstitious. (2) An artifact’s supposed “specialness originates in the same way as an ancient relic — because someone says so.” This is why people who value artifacts are so interested in provenance — documentation or evidence to establish that the artifact actually has the historical connection it is supposed to. (3) There are only two legitimate, non-superstitious reasons to value particular historical objects: age and rarity. (Kelly makes parts of this last point in the comments section beneath his original post.) 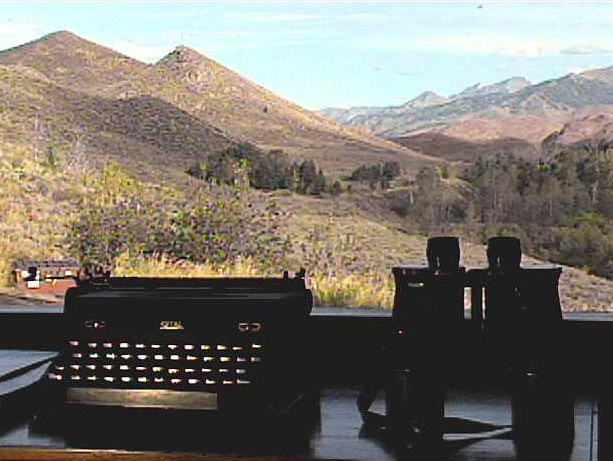 Hemingway’s typewriter and binoculars, at his home in Ketchum, Idaho (US Plan B)

A variety of immediate problems arise. The idea that an artifact’s uniqueness cannot be measured empirically is simply not true in the examples Kelly has provided. His prime example is Hemingway’s typewriter, which is supposedly physically identical to every other typewriter of the same model. Except it isn’t. Hemingway owned it, so, for example, it presumably has bits of his skin cells and hair lodged in it. It is chemically unique: a forensic scientist needing to obtain Hemingway’s DNA might examine this typewriter, but would not examine any other instance of that model.Kelly’s point (2) is trying desperately to eat its own tail — more on that in a moment. And on point (3), age is not a property that resides in an object (even if evidence of it sometimes does) and rarity most certainly does not reside in an object. If a home-run baseball becomes sufficiently old, or other baseballs of the same model are destroyed so that it becomes rare, why can we now value it? Nothing residing in the ball itself has changed.Putting these problems aside for now, it seems that Kelly wants us to value objects only inasmuch as they yield information, in particular scientific information. Scientific theories are interested in universals and types, not particulars and instances. A lab rat is useful because we can manipulate it and perform tests upon it to verify or falsify theories. But the particular rat has no scientific value beyond its membership in a class. This is because science is especially interested in studying repeatable events — events whose existence is, paradoxically, not bound to a particular time or place. It would be superstitious to scientifically value any particular rat, because the future will always yield more rats.The problem is that the reason people value historical artifacts is quite different from the reason they value objects that are useful for forming and validating scientific theories. In both cases, the central task (if not the ultimate goal) involves learning empirical facts about the world. But where scientific facts are repeatable, available for verification by anyone anywhere, a historical event happens only once, and then is gone. (The two qualities that Kelly concedes might make an artifact legitimately valuable — age and rarity — are in fact only valuable in a historical sense; their value seems scientific simply because it can be quantified.)This is the rub of history: we can’t go back and see it again for ourselves, because it already happened. So we tell stories, and we remember. But we worry that we will forget; and we worry that the next generation will not believe us — or that they will believe, but not feel, because it didn’t exist for them as it did for us. Perhaps we worry that, after enough time, even things that happened to us, and people we knew, will begin to seem less real — because even for us they don’t exist now as they once did. 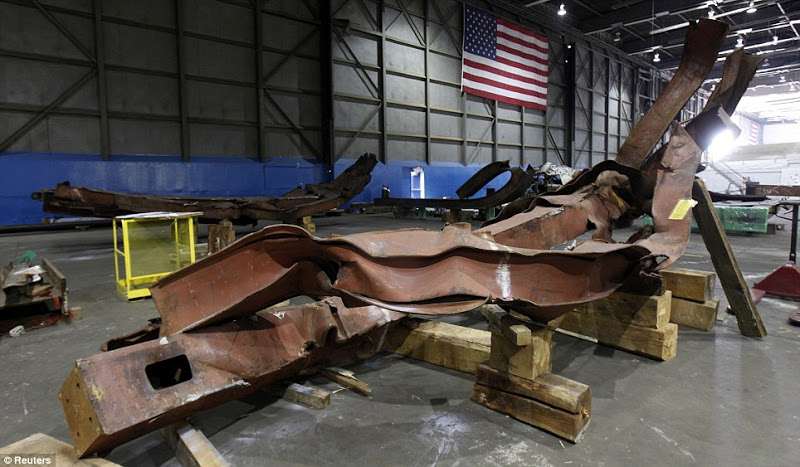 And so we demand tangible, physical evidence that history actually happened. Ernest Hemingway is just a name on a book; the closest we can come to experiencing and verifying the real existence of the historical person is standing in his study, touching his typewriter. It becomes easy for those of us who were not living in New York or D.C. or Shanksville, and especially for the children too young to remember, to disbelieve the events of 9/11 on some level — to think it really was just a movie that played out on TV. 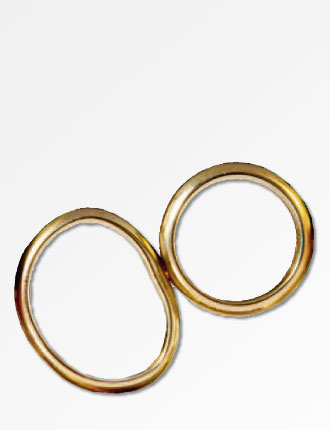 Left, the wedding ring worn by Bryan Jack, a passenger on the plane that crashed into the Pentagon. Right, his wife’s ring. (From a New York Times story on 9/11 relics.)It is easier to believe and feel the weight of it when one sees the hole in the ground, or holds a piece of twisted metal.Kelly notes in a comment that we may value a watch that belonged to our father or a necklace that belonged to our mother because it has some “intangible, spiritual, ineffable quality that would be absent in another unit.” But there is nothing ineffable about it: the watch belonged to our father, the necklace to our mother, while the others did not. These are hard, empirical facts — nothing superstitious or supernatural about them. And the objection that a historical fact does not reside in an object is backwards: the whole point is that it was the object that resided in history.But the curious thing about artifacts is not just that they reside in events, but that they also reside outside of events, becoming altered by them but persisting beyond them. Artifacts are the precipitations of history. They form a bridge between the past and the present in a way that our own transience and finitude cannot. This is why we are interested in artifacts, and especially in their provenance: not because we value authority as proof of history, but just the opposite, so that we can step beyond taking other peoples’ word, and get as close as possible to personal knowledge of history — of events that happened and people that lived, but are forever gone.

The enduring is something which must be accounted for. One cannot simply shrug it off.
—Walker Percy

At Ground Zero in New York now stands the National September 11 Memorial, built around the footprints of the Twin Towers. If we are to take Kelly’s argument seriously, then the design, even existence of this memorial is a travesty, a voodoo incantation to nothing. Why does it preserve the footprints of the towers — the space around objects that do not exist, in which nothing now resides because they reside in nothing? Why, indeed, is the memorial located at Ground Zero — which is not especially old, and surely cannot, especially now that the memorial is built over it, yield much new empirical information? Why is it built where the events actually happened and not in some other part of Manhattan — or, for that matter, in Trenton or Boise or São Paulo? Why do we remember at all?Beware what is afoot when someone comes crying that he has shined the brightest of lights on human affairs, and found that he cannot see in it something everyone else does. There is a good chance he has simply blinded himself. 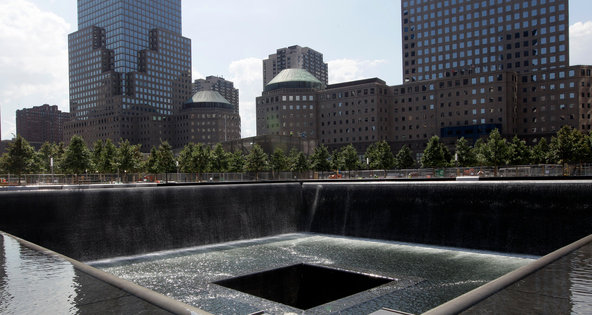 The footprint of one of the World Trade Center buildings (Mary Altaffer/AP, via The New York Times)

One thought on “History, 9/11 Relics, and “Technological Superstition””