The economics of magic pills: Questions for Methuselists

In its 2003 report Beyond Therapy (discussed in a symposium in the Winter 2004 New Atlantis), the President’s Council on Bioethics concludes that “the more fundamental ethical questions about taking biotechnology ‘beyond therapy’ concern not equality of access, but the goodness or badness of the things being offered and the wisdom of pursuing our purposes by such means.” That is certainly right, and it is why this blog chiefly focuses on the deeper questions related to the human meaning of our technological aspirations. That said, the question of equality of access is still worth considering, not least because it is one of the few ethical questions considered legitimate by many transhumanists, and so it might provide some common ground for discussion.

In the New York Times, the economist Greg Mankiw, while discussing health care, offers a fascinating thought experiment that sheds some light on the issue of access: 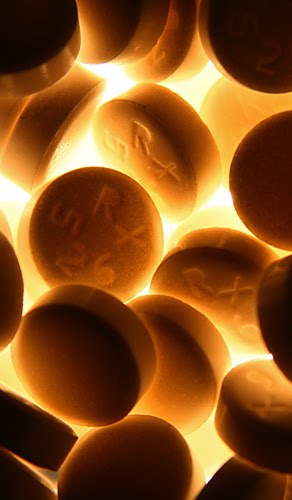 Imagine that someone invented a pill even better than the one I take. Let’s call it the Dorian Gray pill, after the Oscar Wilde character. Every day that you take the Dorian Gray, you will not die, get sick, or even age. Absolutely guaranteed. The catch? A year’s supply costs $150,000.

Anyone who is able to afford this new treatment can live forever. Certainly, Bill Gates can afford it. Most likely, thousands of upper-income Americans would gladly shell out $150,000 a year for immortality.

Most Americans, however, would not be so lucky. Because the price of these new pills well exceeds average income, it would be impossible to provide them for everyone, even if all the economy’s resources were devoted to producing Dorian Gray tablets.

The standard transhumanist response to this problem is voiced by Ray Kurzweil in The Singularity Is Near: “Drugs are essentially an information technology, and we see the same doubling of price-performance each year as we do with other forms of information technology such as computers, communications, and DNA base-pair sequencing”; because of that exponential growth, “all of these technologies quickly become so inexpensive as to become almost free.”

Though my cell phone bill begs to differ, Kurzweil’s point may well be true. And yet if that were the whole picture, we might expect one of the defining trends of the past half century to have been the steady decline in the cost of health care. Instead, as Mankiw notes:

These questions may seem the stuff of science fiction, but they are not so distant from those lurking in the background of today’s health care debate. Despite all the talk about waste and abuse in our health system (which no doubt exists to some degree), the main driver of increasing health care costs is advances in medical technology. The medical profession is always figuring out new ways to prolong and enhance life, and that is a good thing, but those new technologies do not come cheap. For each new treatment, we have to figure out if it is worth the price, and who is going to get it.

However quickly the costs for a given set of medical technologies falls, the rate at which expensive new technologies are developed grows even faster — as, more significantly, does our demand for them. In the case of medicine, what begins as a miraculous cure comes in time to be expected as routine, and eventually even to be considered a right (think of organ transplantation, for example). What Kurzweil and the like fail to grasp is that, absent some wise guiding principles about the purpose of our biotechnical power, as we gain more of it we paradoxically become less satisfied with it and only demand more still.

But if our biotechnical powers were to grow to the point that “defeat” of death truly seemed imminent, the demand for medicine would only grow with it. The advocates of radical life extension already believe death to be a tragedy that inflicts incalculable misery. That increased demand would only magnify the perceived injustice of death (why must my loved one die, when So-and-So, by surviving one year more, can live forever?), and could create such a sense of urgency that desperate measures — demeaning research, economy-endangering spending — would seem justified.

For believers in the technological convulsion of the Singularity, the question of access and distribution is even more pointed, since the gap between the powers of the post-Singularity “haves” and “have-nots” would dwarf present-day inequality — and the “haves” might well want to keep the upper hand. To paraphrase the Shadow, “Who knows what evil lurks in the hearts of posthumanity?”

2 thoughts on “The economics of magic pills: Questions for Methuselists”