on reading books to children 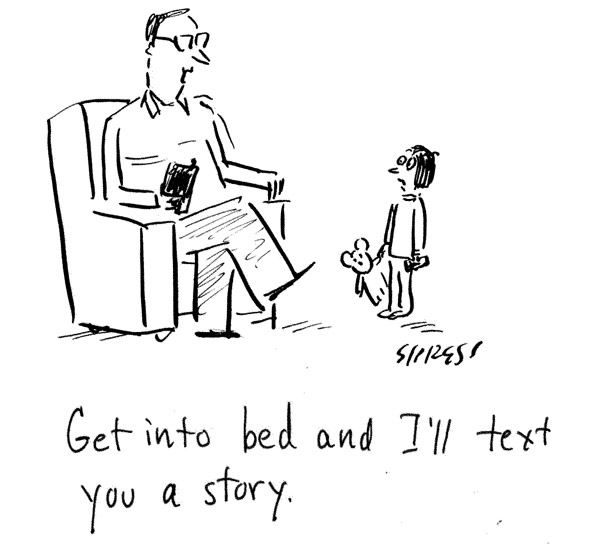 The thing about making the same joke over and over and over again is that after a while it becomes pretty clear to everyone concerned that you’re not joking. Did any of you people ever notice that your parents read to you without needing to tell the world how annoying it was? Many of the elementary duties of life are not especially pleasant, so just get over yourself and put a sock in it.

And maybe repetition of such duties is not an enemy of the good life, but an intrinsic part of it. To set yourself straight, read Chesterton, who has precisely the right attitude about this:

The sun rises every morning. I do not rise every morning; but the variation is due not to my activity, but to my inaction. Now, to put the matter in a popular phrase, it might be true that the sun rises regularly because he never gets tired of rising. His routine might be due, not to a lifelessness, but to a rush of life. The thing I mean can be seen, for instance, in children, when they find some game or joke that they specially enjoy. A child kicks his legs rhythmically through excess, not absence, of life. Because children have abounding vitality, because they are in spirit fierce and free, therefore they want things repeated and unchanged. They always say, ‘Do it again’; and the grown-up person does it again until he is nearly dead. For grown-up people are not strong enough to exult in monotony. But perhaps God is strong enough to exult in monotony. It is possible that God says every morning, ‘Do it again’ to the sun; and every evening, ‘Do it again’ to the moon. It may not be automatic necessity that makes all daisies alike; it may be that God makes every daisy separately, but has never got tired of making them. It may be that He has the eternal appetite of infancy; for we have sinned and grown old, and our Father is younger than we.

My son is 22 now. What I wouldn’t give to be able to go back to the time when I read to him every day. (As long as I don’t have to lose all the really good things about having a grown-up young man for a son.) (I guess what I’m really saying is that I have loved every stage of being a parent and wouldn’t willingly forego any of it.)