This lovely remembrance by Sylvia Poggioli of her father, the literary scholar Renato Poggioli, features a letter to her father from W. H. Auden, and the handwritten poem he submitted for publication in the journal Professor Poggioli edited, Inventario. Sylvia Poggioli speaks of her discovery as “a true literary find,” but the letter might be better described as a biographical find, since the poem itself has not been unknown: it’s duly recorded in Bloomfield and Mendelson’s W. H. Auden: A Bibliography, 1924-1969 (1972).

Also, it’s not quite right to say, as Poggioli does, that “Auden later included these verses in a much longer piece, perhaps one of the most powerful poems of the mid-twentieth century, The Age of Anxiety”: he had already written the stanzas as part of The Age of Anxiety and was simply excerpting them for Poggioli’s journal, something he did with several other chunks of that longest of his poems. Auden truthfully told Renato Poggioli that it was an “unpublished poem,” but it would be published, along with the rest of The Age of Anxiety, just a few months later. 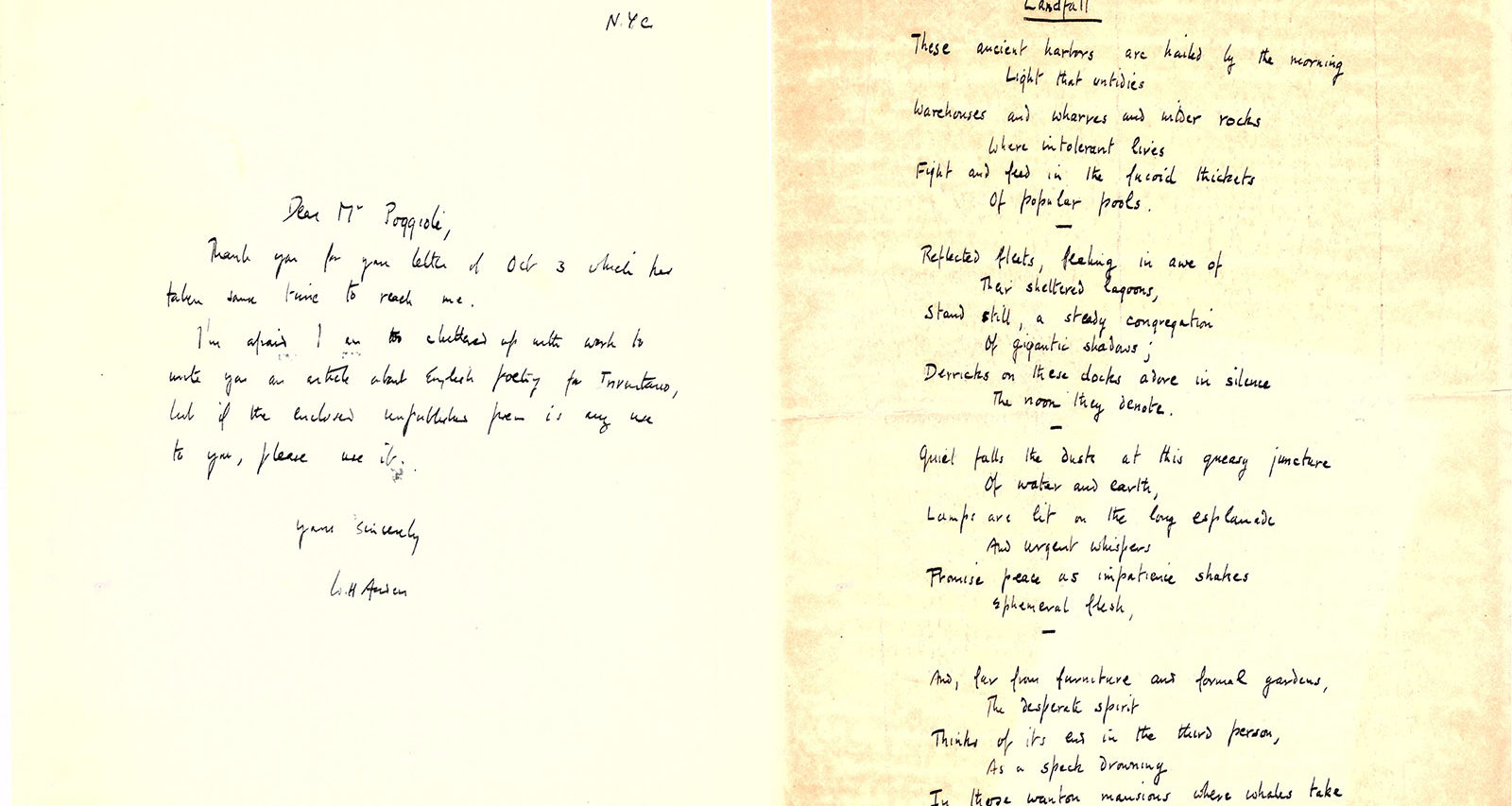 The thought that first comes to my mind when looking at the above image is the devout wish that Auden had always taken so much care to make his handwriting legible. Alas for my eyes, which have spent so many hours poring over his notebooks, he did not.