As physicians, we rarely consider the healthy human body. We learn about normal human physiology during our first year of medical school but soon afterwards are exposed solely to pathology. In the hospital we almost always inquire, “What is going wrong here?” but rarely ask, “What is going right here?” It is worth taking a moment to examine well-functioning human biology. Let’s start with a deep breath.

Your diaphragm contracts and pushes downward against your liver, spleen, and stomach. Your chest expands and sucks in molecules of oxygen, nitrogen, and other gases through your nostrils and mouth. These airway entrances humidify and warm the gases while filtering out foreign bacteria and dirt. Air travels deep into the lungs along a system of progressively smaller passageways until it reaches the alveoli, compartments at the termini of the lung lobes. Here, red blood cells passing through adjacent vessels pick up oxygen from the alveoli in exchange for carbon dioxide, a waste byproduct of the energy exchange in each cell in the body.

Next, the red blood cells carrying oxygen travel through the pulmonary vein to the left atrium of the heart. During diastole, a period of relaxation of the heart, the left ventricle expands like a sponge and fills its chamber with the blood from the left atrium. This muscular left ventricle subsequently contracts and forces blood into the aorta, the main artery of the body. The aorta squeezes and moves the plasma forward. Then, it splits into two different pathways — some of it ascends into smaller arteries that move up into the arms and the brain and some of it descends into smaller arteries in the abdomen, legs, and toes. Either way, the flow is highly pressurized and continues to be guided along by the muscular arteries. Each artery further branches off into arterioles, or small arteries. These arterioles also decrease in size and eventually become capillaries, which are so minuscule that red blood cells have to move through them single file.

In the capillaries, another exchange takes place: the red blood cell offloads oxygen and picks up carbon dioxide. Cells from other tissues, like muscles and the gastrointestinal tract, pick up the oxygen and use it for aerobic respiration, a complex biochemical reaction that creates energy for all kinds of cell tasks and thus for everything that human beings do. You can digest food, speak, and read because of energy. And you have energy because of oxygen.

The red blood cells continue their single-file journey. But, something begins to change. This time, the vessels enlarge as they coalesce and converge. They become venules and then veins. Unfortunately, veins are not muscular in the way that arteries are. Blood, then, is pushed forward because of the back pressure from more and more blood that builds up. Additionally, one-way valves within the venous system prevent backflow, ensuring that the deoxygenated blood continues to move forward. And even as we walk or stretch, our contracting muscles push against the veins and coax the red liquid’s movement. 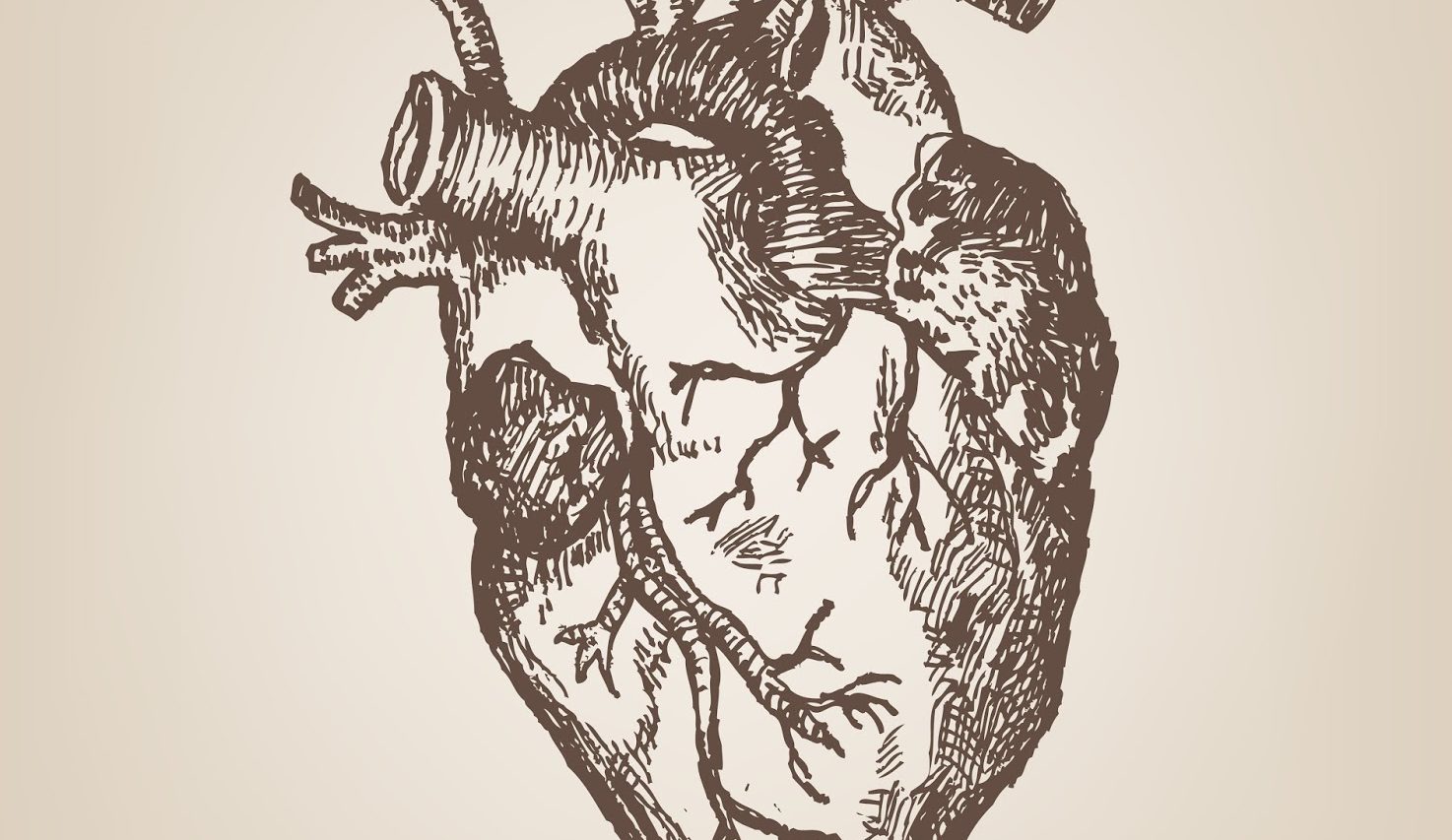 There is beauty in this cycling system. It repeats itself with every heartbeat, over sixty times a minute, every hour, every day, for one’s entire existence. The efficiency, the speed, the different parts — the whole thing is stunning. And as we delve even deeper into how this whole system works we uncover more relationships that demonstrate our impressive biology.

The volume of blood that the heart pumps out is called cardiac output. We can calculate the cardiac output by multiplying the heart rate and the systemic vascular resistance, or the resistance that must be overcome to push blood through the vessels. The mean arterial pressure, or the average pressure in the arteries during one heartbeat, can be calculated by adding two-thirds of the diastolic pressure (the pressure while the heart is relaxed) and one-third of the systolic pressure (the pressure in the arteries when the heart is squeezing). Alternatively, multiplying the cardiac output and the systemic vascular resistance and adding the central venous pressure, the pressure of the blood in the veins as it returns to the heart, can also give you the mean arterial pressure. As one can see, elements of the whole system are related to each other mathematically. These relationships allow for push and pull: change one side of the equation and the other side changes to maintain balance. Increase heart rate and the systemic vascular resistance may decrease in order to maintain cardiac output.

In addition to the mathematical relationships between our internal organs, there are musical relationships, too. Like the percussionist, the heart maintains the rhythm and slows or quickens pro re nata (as needed). Using musical terms, we might say that during exercise the heart beats in presto or allegro; during the moments before sleep, perhaps andante. Our breathing coincides with the beating of the heart. Our lungs whoosh as they fill up with air and suddenly deflate as air rushes out. This, too, is rhythmic and audible. The intestines and stomach churn and rumble as they break down food and move waste through the long gastric tunnel.

In his beautiful book Emblems of Mind (1995), Edward Rothstein, critic at large for the Wall Street Journal — and, full disclosure, my father — examines the relationship between music and mathematics. Reading it from a medical perspective, one immediately notices how integrated mathematics and music are in human biology, beyond the superficial examination we gave these relationships above. Let’s take our discussion of the musical aspects of human physiology, for example. Rothstein explains,

A rhythm is not like a sequence of numbers at all; it is closer to our experience of continuous time. When we feel rhythm subtly, it is not like the thumping of a mechanical drum machine, with accents calculated and then routinely repeated; it is more like the movement of a conductor’s baton or Fred Astaire’s feet. The model for rhythm is not the goose step but the breath — the inhale and exhale — or the heartbeat, with muscular contractions of interior chambers. This sort of rhythm slides and elides.

There is something beyond just mechanics in the musical ensemble of our bodily rhythms. The beatings of our heart and contractions of our bowel muscles are continuous despite the pauses or rests in between them. Pauses mean just as much to our efficient functioning as the muscular contractions themselves. If there are no rests in between heartbeats, for instance, the heart cannot fill with blood and thus cannot pump oxygen to the rest of the body.

Music’s great energies derive from the creation of continuity out of discontinuity — a sort of inversion of the calculus, interested not in the infinitesimal and the instantaneous but in the ways they combine into the gestural and fluid that resembles some inchoate way our inner life.

As with music, our body changes and moves such that at any instant something new is happening. But physicians are not as interested in the instantaneous as in the trend. Is there consistency in the heart rate? Is there consistency in the blood pressure? Is it low or high over an extended period of time? What does this tell us about the relationship between the cardiovascular, pulmonary, and nervous systems? We want to know how these measurements combine to create the clinical picture of a fully functioning and continuous human life. 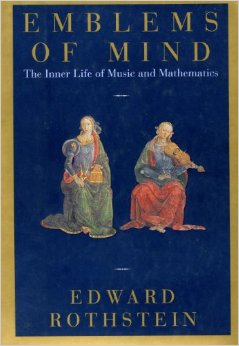 And what about the mathematical relationships between our blood pressure and heart rate that I described and that are so integral to our cardiovascular system? In a section on the subject of topology Rothstein writes,

Differences and similarities are established through mappings, which can even link objects that at first appear to be drastically different. These mappings can themselves become the object of intense scrutiny. “Mathematicians do not deal in objects,” Poincaré [Henri Poincaré, a French mathematician] observed, “but in relations between objects; thus, they are free to replace some objects by others so long as the relations remain unchanged.”

Now let’s go back and consider the heart’s relationship to blood pressure. The heart beats and the vessels contract and relax to increase or decrease pressure. As the blood pressure decreases, the heart rate increases in order to maintain cardiac output — to keep the same amount of blood flowing through the vessels and reaching our brain, liver, and kidneys. These mathematical linkings or mappings allow us, as physicians, to make hypotheses about what is going on inside the body. We can place variables in the system and draw conclusions because these mathematical relationships are constant. For instance, giving a patient a medication that increases blood pressure may cause the heart rate to decrease. Like mathematicians, physicians deal in relationships between things that may not always seem like they are related.

By sharing fundamental principles with music and mathematics, human biology is certainly a thing of great complexity. But it is also beautiful. In thinking about our circulatory system, its sounds, its relationships, there is no doubt that, as Rothstein describes in a passage about the sublime, it is “tremendous, awful, and humbling, yet also elevating.” He notes,

The sublime is linked to limitlessness and the infinite, yet it also has its effect because that limitlessness is somehow grasped and experienced at once, as a single whole…. It makes the imagination seem inadequate while giving our understanding an almost ecstatic sense of having apprehended what should be beyond its containing powers. The effect of the sublime is not out there, in the world of objects, but in the experience of the subject. The sublime is part of inner, not outer life.

Think of the circulatory system again and its millions of cells carrying and distributing oxygen, picking up carbon dioxide, squeezing single-file through capillaries — all this occurring constantly as we rest, move, and eat, and on such an infinitesimal scale and in such a limitless fashion. Imagine trying to invent or create such a system. One’s imagination may be inadequate. Nevertheless, we can just barely grasp these repetitive events, which are happening as you read and as I type. Our cells “echo up and down the line, in all our caverns.” They die and are replaced. They work and seem never to rest. They perpetuate the indefatigable to and fro of the circulatory system and the life of the human being, “knowing that the end of one journey is just the beginning of another.”