The New York Times reports on an exhibition at The National Art Museum of China called “Translife,” a collection of works about the supposedly imminent post-human future. 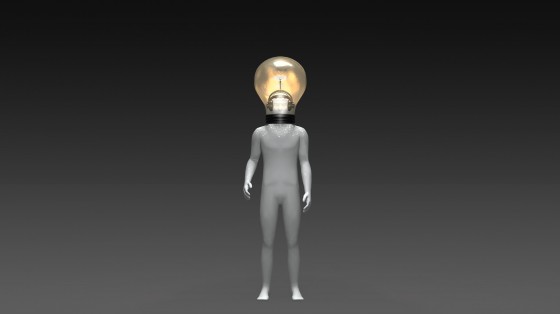 “Brain Station,” WU JuehuiThe exhibition’s organizers (and the article’s author) speak in breathless tones of the various boundaries they’re crossing, and how the exhibit “ring[s] the death knell for ‘representational’ art.” Apparently they haven’t heard of the last hundred years of art history — though they’ve at least managed to rediscover its penchant for passing off uncreativity as bold transgression. (This is not to indict most modern art, but let’s be honest.)As an added bonus, the article contains this wonderfully ironic jewel for a transhumanist exhibit (emphasis added): “ ‘Humanity objectifies nature as a source of income, as a pure utilitarian relationship,’ said [curator Zhang Ga]. ‘This is the essential root of our current crisis. How do we deal with it?’ ”