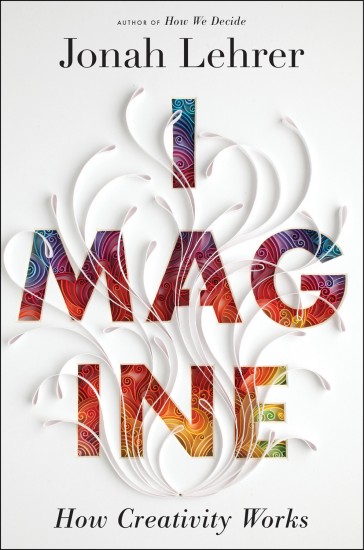 Speaking of Jonah Lehrer, there is a terrific review at The Millions of his new book, Imagine: How Creativity Works. The carelessness evident in his writing about memory makes one wonder about his work more generally, and as it turns out, there is good reason to be suspicious, even when it comes to the basic veracity of his science reporting. Tim Requarth and Meehan Crist, who seem otherwise quite complimentary of and sympathetic to his work, catalog a variety of problems with the new book:

If dubious interpretations of scientific data appeared only once in Imagine, it might be a worrisome fluke; but they appear multiple times, which is cause for real concern. Lehrer steps over the line again when connecting amphetamine use to creativity. He states that “Because the dopamine neurons in the midbrain are excited…the world is suddenly saturated with intensely interesting ideas.” Such definitive statements imply that neuroscience has already charted a causal course from neurotransmitter chemistry to a complex cognitive process — which simply isn’t true. That it should have come from a writer who so clearly has the ability to write about science critically and intelligently still comes as a bit of a surprise.

The book is representing speculation as fact. While isolated moments like these may or may not be indicative of a larger pattern, they do raise doubts about both how science is represented throughout the book and the way it is used to support Lehrer’s claims.

The review is informative, thoughtful, careful, not too long, and well worth a read. Also note a still-ongoing conversation between Lehrer and the authors in the comments section. Here is a particularly revealing exchange:Lehrer:

Lastly, I’d just like to point out that I’m pretty sure nearly every popular book on the brain (written by both journalists and scientists) would fail the standards you preach above. I honestly can’t cite a popular brain book that either 1) doesn’t cite fMRI localization studies at face value at some point or 2) engage in speculative links between neural mechanisms and complex mental phenomena.

That every popular book on the brain would “fail the standards [we] preach above” does not make those standards any less valid. But we want to be clear: although we believe it is problematic that books “cite fMRI localization studies at face value,” or generally claim certainty where is does not yet exist, we have absolutely no objection to writers who “engage in speculative links between neural mechanisms and complex mental phenomena.” It is a matter of acknowledging the speculative nature of those links….An endemic problem in popular science writing is that what should be musing is presented as argument. Such misrepresentation is a disservice to readers and, ultimately, to science, as it clouds public perception of how science actually works.

The whole review is here.