Why the Obama Health Plan Is Not Entitlement Reform 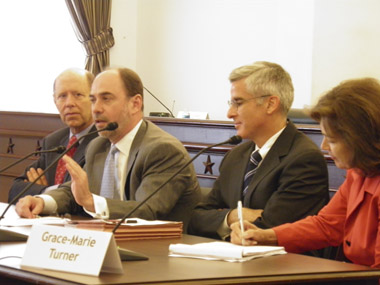 On July 15, the Galen Institute held an event on Capitol Hill at which I had the privilege to discuss a paper I have written on why the Obama health plan is not entitlement reform. The event was moderated by Grace-Marie Turner, the president of the Galen Institute, and opening remarks were graciously provided by House Budget Committee Ranking Member Paul Ryan. Gene Steuerle, of the Urban Institute, and Doug Holtz-Eakin, the former Director of the Congressional Budget Office and now president of the American Action Forum, provided additional comments on the paper as well as other important insights on where we should go from here. The entire event is available for viewing here.

Update: NRO has also published a short op-ed that I wrote summarizing the main points of the paper. It is available here.