Who Is Taking the Long View?: Short-Term Rewards vs. Long-Term Policy

It is becoming increasingly clear that one of the main reasons for the current financial crisis is the collective short-sightedness of our national political leaders. Politicians want to get re-elected, and so they are mainly concerned with how they are perceived by voters in the run-up to the next election, not what their policies will mean for the country in a decade or two. 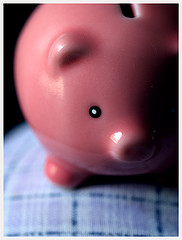 Unfortunately, the effects of bad public policy do have long-term consequences, and the long term eventually arrives. The primary causes of the housing credit bubble were known and understood for many years, but most policymakers reflexively avoided a discussion of the remedies because of the inevitable short-term economic sacrifices such steps would have required. Confronting the effects of an artificially weak Chinese currency would have made it more expensive to buy flat-screen TVs and many other consumer products, and driven up interest rates for U.S. borrowing as well. Reworking U.S. housing policy to limit the tax subsidy for mortgage-based financing to modestly-priced homes would have made it more expensive to buy big houses with inflated mortgages, and slowed housing construction as a consequence. Reining in Fannie and Freddie would have made securing a mortgage more difficult for some marginal households, and reduced the equity holdings for investors in those companies. Thus the remedies were never seriously considered, and the problems were allowed to fester and grow worse until calamity struck.

There is no reason to expect politicians to behave any differently if they are given full control over health care. Their incentive will be the same: to make decisions to keep voters as happy as possible in the short term without worrying about the long-term consequences.

Certainly, this kind of short-sighted stewardship is evident in many other countries with state-run health care systems. The governments in these countries tend to put their limited resources in primary care practices, where most voters interact with the health care system. But the hospitals and expensive cancer clinics for the very sick are neglected because they are too expensive and capital-intensive.

The U.S. enjoys some of the finest medical institutions in the world, and research has brought us many groundbreaking discoveries, and to the cusp of many more. It has taken us a long time to reach this point. Whatever happens, reform of U.S. health care must provide ample room and incentives for continued investment in facilities and potential breakthrough treatments that can provide payoffs over decades, not months.