Devon Herrick of the National Center for Policy Analysis has written an interesting policy brief on the uninsured data, available here.

One of the points he makes is that the percentage of the population lacking coverage has actually fallen compared to a decade ago, which would probably surprise most Americans, given the way the media covers the issue. 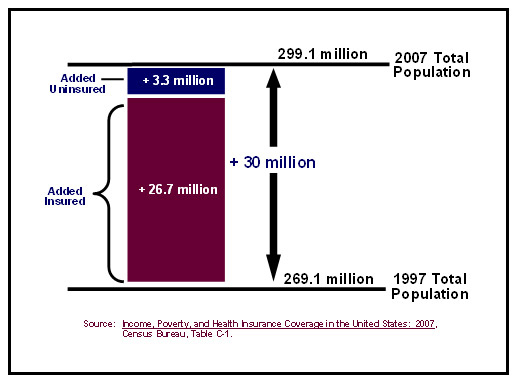 The primary problem in health care is rapidly rising costs, which is putting financial pressure on low wage earners who struggle to pay premiums for coverage at work or elsewhere. Reform needs to focus on slowing cost escalation for everyone and making portable, affordable insurance available to low wage workers who switch jobs frequently. What’s not needed is a plan to move tens of millions of American with insurance out of what they have today in the name of universality.