I’m pleased to introduce a new feature here at Conceptions: a monthly interview with someone from the ART world. I hope to get a variety of perspectives: doctors, attorneys specializing in reproductive law, agency owners, bioethicists, activists, would-be parents, and many more. If you’re interested in participating, please drop me a line at cmiller [at] thenewatlantis [dot] com.

For our inaugural interview, we have Sharon LaMothe, a real-life “baby mama.” Sharon is a two-time gestational surrogate, giving birth to twins each time in March 2000 and January 2005. She also runs her own surrogacy agency and is the proprietress of Infertility Answers, Inc. At her super-informative blog, Surrogacy 101, she dispenses advice to surrogates, donors, and would-be parents.

How did you first learn about surrogacy? 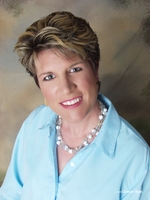 SL: I knew a couple—they were really more acquaintances than anything else. They lived in Florida, and I was living in Rochester, New York at the time. The husband came to me and just said casually, “We’re thinking about adopting.” He had a son from a previous marriage, and they had a daughter who was a day younger than my youngest daughter.

I actually talked to my husband even before I approached the couple. We had secondary infertility so that came into play with me personally. You have women out there who say, “I don’t want to be a surrogate for someone who already has children.” I felt more of a connection with my first couple.

How old were you for your first surrogacy? Why did you choose to do a second surrogacy?

SL: I was 36 for my first surrogacy. My second surrogacy was for a gay couple in New York. They had been together for 16 years. I had met them through another client of mine. I talked to them for about a year.

I realized that doing this for a gay couple wasn’t as “popular” a choice for women. I think that made a huge difference to me. And to be perfectly honest, my age came into play. I had wanted to be a surrogate one more time, and I was 39 when we first started talking. I was 40 when I got pregnant, and I ended up giving birth at 41. Do I recommend giving birth at 41? No, it was a little harder than I thought.

When you do this for someone, I know a lot of people focus on the intended parent, but the grandparents are just as excited. You’re making uncles; you’re making aunts; in some cases, you’re adding siblings to the family. You’re adding a branch to that family tree.

How important is the money?

SL: A first-time surrogate with insurance, she may sign a contract for $18,000-$20,000—realizing that she’s not going to get more than a $1,000 until she’s actually pregnant. That’s a confirmation of pregnancy, which is usually via heartbeat and is 4-6 weeks after transfer. So money-wise, it’s really not a heckuva a lot. When I talk to surrogates, if the number one question is “how much can I get paid?” that’s a red flag for me.

What I do hear a lot of is women mostly have all the children that they want but they love being pregnant and they know someone who has struggled with infertility. They feel they have something to offer another couple. They have children, they love family, and they want other people to experience that as well.

[But] you’re not going to do this for nothing. You don’t want that resentment of “Oh, I have to pay my co-pays.” It’s not an easy thing to go through a pregnancy even for yourself. The intended parents should be the ones to take care of you. And in taking care of you, it is a form of bonding. It’s a form of claiming that baby as your own; it’s a way of saying [to their future child], “I may not have carried you for the nine months, but I was there every step of the way.” And there’s a sense of pride and ownership with that.

So if it’s not the money, what motivates surrogates?

SL: When you get to add to a family tree, when no one else has stepped up to the plate—not a sister, not a cousin, not a friend—it makes you feel like you were chosen to help them. Which is why people do it more than once—you want to recapture that feeling of being important. Families tend to take moms for granted, but when you step out of that circle, you aren’t taken for granted. You are special, more special than anyone else for that nine months or more. That can be an addictive feeling, maybe not the most healthy. It’s really a natural high.

What fears did you have? Were you ever worried you’d grow attached to the baby?

SL: I absolutely never thought of growing attached. You know what the biggest problem with surrogates is? They’re attached to the intended parents. Their feelings are hurt when they’ve had constant email/telephone contact—even, if the intended parents live close, weekly contact—especially toward the end of the pregnancy when you have all those appointments when you’re meeting at the OB’s office and you have lunches out after.

All that kind of intimacy, and then the parents go home with the babies. They’re not getting any sleep. They’re adjusting to having one or two little lives in their home. They don’t have time to get on the computer and e-mail you every day anymore. Even once a month is a struggle. That kind of separation is the downer of it all.

Even if you remain friends, it’s really not the same because they have what they wanted. As grateful as they are to you, as wonderful as the whole relationship is, they don’t need you the way they used to.

What kind of problems might arise between surrogates and IPs?

SL: As petty as these may seem, they’re important. For instance, I would have an intended parent call, “I just had lunch with Suzy Q. and she had three iced teas, and we’re worried about her caffeine intake.” Or “she’s about to go on this trip and she’s 28 weeks pregnant. We’re not comfortable.” I’m not making this up. These are calls that I actually have gotten. “She’s a nail tech and we’re concerned about the fumes. We’d like her to quit work sooner than we agreed.” And here’s my favorite: “So-and-so’s pregnant; she’s about 30 weeks. Can we stop her from having sex?”

An agency’s job is to calm the concerns and find out where these concerns are coming from. You can say, for the sexual issue, “Call your OB or your surrogate’s OB and ask her these questions.” What you can do is to guide them to the professional who can answer the question better than you. The agency’s role is to smooth out what the expectations are. Whatever the expectations are at the beginning, they are going to change.