One of the central beliefs of liberalism, as it is popularly formulated today, is that we should strive to tolerate people who are very different from us — even (intermingling with a much older formulation of this belief) that we should learn to appreciate and love people who are very different from us, just for who they are. This is indeed a noble aspiration, if forever elusive — and to that end, liberals stridently oppose various forms of discrimination. Transhumanists generally tend to position themselves as liberals or progressives, and accordingly, spend a lot of time wagging their fingers at racism and discrimination.Take Kyle Munkittrick, the transhumanist blogger who last month posted an essay from The New Yorker on his blog, condemning racism against Asian Americans. (Blogger Miss Self-Important had a great post on this essay.) In the post, titled, “Asian Like Me: The Race That Isn’t There,” Mr. Munkittrick notes that “Superstars and top-performers [are] being ignored because they aren’t boastful or brash,” and quotes an excerpt from the article, which claims that Asian Americans suffer in our culture for their inability to conform to American modes of behavior. 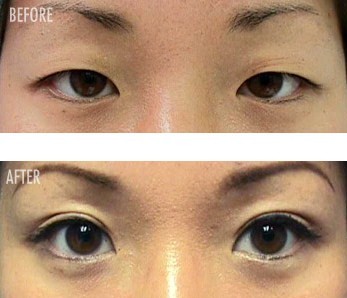 Yet just two weeks earlier, Mr. Munkittrick posted a New York Times article on the boom in plastic surgery among Chinese. The excerpt he posted concludes:

The youthful patients include job applicants hoping to enhance their prospects in the work force, teenagers who received cosmetic surgery as a high school graduation present and even middle school students, most of whom want eye jobs, surgeons say.

Mr. Munkittrick affirmatively responded to the trend that the article describes: “I love China and the Chinese. Their success improves the world.” Strangely enough, Mr. Munkittrick cut off the excerpt just before it describes the unregulated, nearly meatball-surgery status of the industry as it stands in that country.Setting aside for now Mr. Munkittrick’s apparent uninterest in the immediate public health dangers of this situation, there is something more deeply perverse about his celebration. It is hardly an obscure fact that East Asian cultures in general tend to subvert the autonomy of the individual to the needs of the society. That tendency is clearly at work in the case of these surgeries. For example, the Times article notes that in China, “The No. 1 [cosmetic] operation is designed to make eyes appear larger by adding a crease in the eyelid, forming what is called a double eyelid.” The reason for this practice is explored in this related post on the blog Analyfe, discussing a chapter from the reader Sex, Self, and Society:

the scars [from the double-eyelid procedure] take over a year to heal, and there are several risks involved….In nearly every case, the women claim to have pursued the surgery to overcome stereotypes based on their features (such as sleepy, nerdy, and no fun). They opt for cosmetic surgery in hopes of becoming more employable, more well-liked, and more successful.Doctors often agree to perform the procedure without question. Disturbingly, the doctors often describe the Asian features as abnormal and perpetuate the link between those characteristics and negative stereotypes when talking to their clients….The standards of Western beauty are strong and influential, often making minorities — in this example Asians — feel inferior and less attractive than the American ideal. [Emphasis added.]

In other words, the “success” Mr. Munkittrick is celebrating is that of Chinese kids getting their faces carved up to look Western, so that they can be accepted in a world that values Western faces over Asian.—

In the first half of the twentieth century, there was a widespread practice among black men called conking, in which they would undergo a painful, potentially dangerous process to chemically straighten their naturally kinky hair, so as to better fit in in a white world — especially so as to appear more humble, and, well, less black to potential white employers. Malcolm X noted in his Autobiography that when he got his hair conked, it was

my first really big step toward self-degradation…. I admire any Negro man who has never had himself conked, or who has had the sense to get rid of it — as I finally did.

It was a small but symbolic achievement of the civil rights era that the practice of conking came to be recognized and rejected as an instance of endemic racism playing out in the free choices of individuals in a minority group.One can only hope that, decades hence, we will look back with just as much sadness and regret on the practice of nonwhite people cutting up their faces and bodies to conform to Western standards. If the subjects of those surgeries do decide they’ve made a mistake, it will not be nearly as easy, cheap, or safe to reverse what they’ve done (if it is possible at all) as it was for Malcolm X to grow out his hair. And if we do reach that wiser age, it will have been in repudiation of the work of transhumanists, who, despite their self-proclaimed progressivism, represent a true step backwards from those admirable aims of modern liberalism.